If, like 54% of the world’s population, you live in an urban area, you are no doubt familiar with the awe inducing experience of venturing out into nature and looking up at the night sky.

Away from the city lights, the sky shimmers with countless stars and planets glinting back at you; you can clearly make out constellations and the Milky Way.

A new project, Skyglow, by filmmakers Gavin Heffernan and Harun Mehmedinovic seeks to capture that phenomenon in the last remaining ‘dark sky’ locations and archaeoastronomy sites in North America using still photography and time-lapses. “I lived in LA for 12 years, so I hadn’t seen the stars,” Mehmedinovic tells TIME. “Part of my childhood in Bosnia I grew up rurally, so I was able to see the night sky. It was kind of a spiritual experience as a kid. And that I lost that for many years.”

The duo hopes to use the project as a means of spreading awareness around the effects of light pollution and to explore the psychological effects of living in a world without stars. To that end, they’ll be working with the Tucson-based nonprofit, International Dark-Sky Association. “Their goal has always been to preserve dark skies,” says Mehmedinovic. “Their primary interest is to influence cities to change their lighting systems and revamp the way we think about how much needs to be lit or not lit.” “That’s the thing we’re learning really quickly,” added Heffernan. “It’s not something that has to be this way.”

Creating Skyglow, which will culminate in the publication of a coffee table book and Blu-ray of their best time-lapse footage, will be an adventure in its own right. “We have a plan of renting the Breaking Bad RV for two or three major trips, plot out places on the map we can head up in one straight line with an end destination of Alberta or Alaska to get those incredible Northern Lights next year. Glacier National Park is the big one on the list for us, and Yosemite. On the East Coast, there’s only a few remaining dark sky locations,” says Heffernan.

“There’s something undeniable and extremely seductive the idea of the skies, ” adds Mehmedinovic. “Just the fact that we can hardly see it anymore. I think that experience, for most people now, it’s hard to come by. And it made a whole lot of sense to try to communicate this to others.”

“What we often do is we set up a camera and we leave [it],” says Mehmedinovic. “And then go down five miles and set up another camera. Then drive down five miles. You’re leaving a camera in the middle of nowhere. It seems insane. But in the middle of the night, the chances of somebody seeing it and finding it are pretty low. Although we do have some strange stories that have happened.”

In conjunction with International Dark Sky Week, Heffernan and Mehmedinovic have launched a Kickstarter campaign to fund the project. To read more about the effects of light pollution, dark sky locations, and contribute to the campaign, visit the Skyglow Kickstarter page. 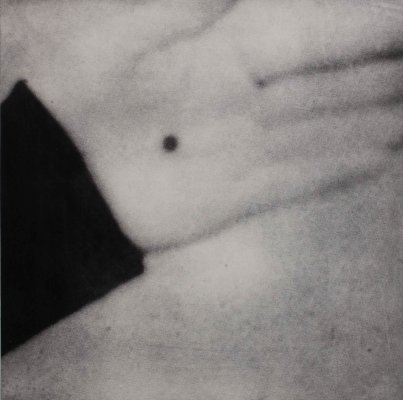 Discover the Winner of China’s Most Prestigious Photo Award
Next Up: Editor's Pick