Can Probiotics Improve Your Mood?

Bacteria appears to do a body a lot of good, from bolstering immunity to easing digestion. Recent evidence also points to certain bacteria as influencing mood, by producing compounds that travel from the intestine to the brain. (There’s even the name for this feel-good superhighway: the gut-brain axis.) Now, a new study published in the journal Brain, Behavior, and Immunity suggests that taking a probiotic supplement may in fact help improve mood.

Researchers from the Leiden Institute of Brain and Cognition at Leiden University in the Netherlands conducted a randomized controlled trial of 40 healthy young adults who didn’t have mood disorders. Half took a powdered probiotic supplement, which they dissolved in water or milk and drank nightly for four weeks. The probiotic, called Ecologic Barrier and supplied for free by its manufacturer Winclove BV, contained eight different types of bacteria, including several strains of Bifidobacterium, Lactobacillus and Lactococcus—types of bacteria that some research suggests are effective at easing anxious and depressive symptoms. (Some studies show that multispecies probiotics like these might be more effective than those with just one species.) The people who didn’t get a probiotic took a powdered placebo; everyone thought they were getting the probiotic.

(Winclove BV was not involved in the study design, data collection or data analysis.)

MORE: You Asked: Should I Take Probiotics?

Before the four weeks started and after they were up, researchers tested everyone on a depression sensitivity scale, which measured levels of cognitive reactivity to sad mood—a strong marker of depression, meaning that when a person gets sad, they’re more vulnerable to dysfunctional thoughts that can lead to a lingering depressive episode.

There was no difference between the two groups before the intervention began. But after four weeks, people who took the probiotic reported significantly less reactivity to sad mood than the control group—meaning that when they were put in a sad mood, they had fewer recurrent distressing or aggressive thoughts.

The current study wasn’t able to determine possible mechanisms by which probiotics could improve mood. But the authors have some ideas, including the possibility that beneficial bacteria help tamp down inflammation and permeability of the gut, or that intestinal bacteria increase levels of tryptophan, an amino acid that’s required to make serotonin in the brain.

Probiotic research in humans is limited, and bigger, longer studies are needed before being able to determine if probiotics might have any clinically relevant effects on mood. The researchers also didn’t measure what the people in the study ate, which may skew the results if they started eating lots of probiotic-rich foods like yogurt, kefir and kimchi.

“Even if preliminary, these results provide the first evidence that the intake of probiotics may help reduce negative thoughts associated with sad mood,”says Lorenza S. Colzato, principal investigator at the Leiden Institute of Brain and Cognition in a statement. “As such, our findings shed an interesting new light on the potential of probiotics to serve as adjuvant or preventive therapy for depression.” 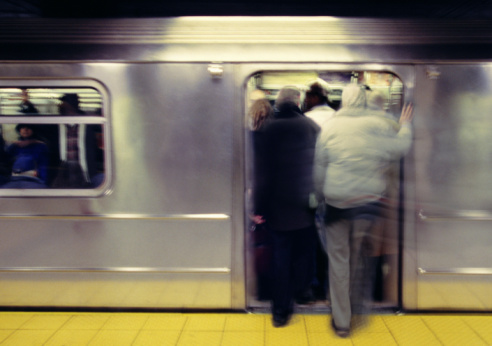 5 Ways Your Commute Is Hurting Your Health
Next Up: Editor's Pick