The new Samsung Galaxy S6 is seen on display in a Samsung store in Sydney on April 10, 2015.
Peter Parks—AFP/Getty Images
By Dan Kedmey

Samsung launched its latest flagship smartphones, the Galaxy S6 and S6 Edge, in the U.S. on Friday, marking the South Korean device maker’s latest attempt to revive smartphone sales after a year of tumbling profits.

The Galaxy S6 and S6 Edge were widely praised by reviewers as Samsung’s best looking smartphone to date, replacing the plastic chassis of the previous model with a smooth metal frame. Samsung also included eye-catching design flourishes, such as a touchscreen on the S6 Edge that gently curves around one side of the phone.

Samsung executives predict record-breaking sales for the latest Galaxy smartphones, which, at a starting cost of $600, will compete in the same price bracket as the iPhone 6. 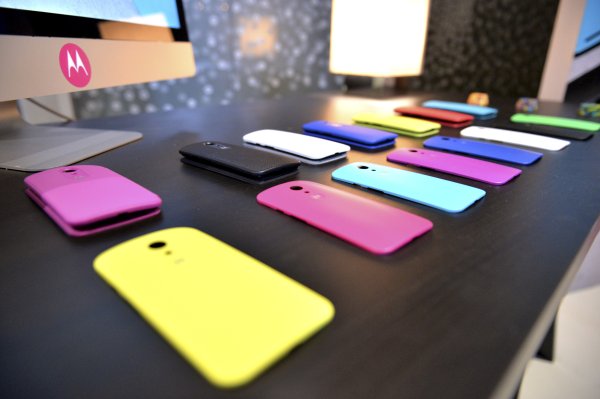 The 13 Best Free Smartphones You Can Buy
Next Up: Editor's Pick