Type 2 diabetes tends to get more attention than type 1, mainly because the risk factors for type 2—obesity, for instance—are thought to be more in our control. Type 1 is believed to be primarily a genetic disease, triggered by an unfortunate DNA configuration that signals the body’s immune system to destroy insulin-producing beta cells.

Now, in a report published in the journal Diabetologia, Dr. Johnny Ludvigsson, a pediatrician from Linkoping University in Sweden, and his colleagues say that life events, including traumatic experiences such as the death of a family member or a serious accident, can triple the risk that young children have of developing the disease.

The researchers studied 10,495 families with children born between 1997 and 1999 and asked them to participate in at least one of four follow-up sessions when the children were between two and 14 years old. The parents filled out questionnaires about whether the children had experienced anything that might be considered a serious life event, including things like the death of a family member, a new sibling, divorce or a move. Parents were also asked about their own stress and whether they felt they had social support.

Once the scientists adjusted for factors that also contribute to type 1 diabetes, such as BMI, mother’s age and a history of diabetes in the family, children who experienced deaths and accidents in their early years showed a three-fold higher risk of developing diabetes than those who didn’t live through these events.

“People may be worried and have feelings of guilt that not only did their child get diabetes, but that in a way they contribute to it,” says Ludvigsson of the results. But parents should take some solace in the fact that after he adjusted for other factors that can contribute to type 1 diabetes, including BMI, mother’s age at child’s birth, and family history of diabetes, events such as divorce, new siblings and other changes in the family structure weren’t as strongly associated with an increased risk for the disease.

What may be happening is that some children may have a genetic predisposition to developing type 1 diabetes, but these genetic triggers aren’t “activated” unless they experience some extreme stress or trauma, such as the death of a loved one. Biologically, scientists believe that high stress situations may lead to a boost in the hormone cortisol, and that pushes the beta cells that produce insulin to work harder and release other potentially toxic factors as well. The added influx of insulin may be viewed by the immune system as abnormal and undesirable, which may prompt them to start attacking the beta cells and destroying them.

“This study does not say that you should never divorce,” says Ludvigsson. “But stress from life events can be one factor that influences the immune balance, just like many other factors do, like sleep, physical activity and so on.” Which highlights the need to address traumatic experiences and children’s reactions to them. Supporting families that go through difficult times, whether caused by marital conflicts or financial worries, could also be an important way to keep young children even healthier and to avoid certain chronic diseases. “If society could be a bit supportive, we could perhaps save some families and relationships, and that would be good for the children,” says Ludvigsson. 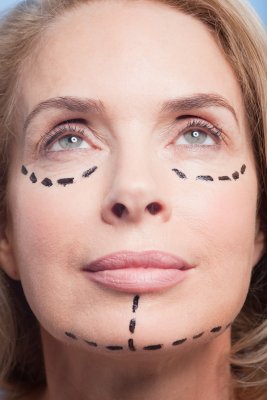 Can Plastic Surgery Make You More Likeable? A Close Look at a New Study
Next Up: Editor's Pick