Final Four Players Should Drop Out of School

Now that the NCAA tournament has ended, the elite talents in basketball can move on to the next big question: Should the players declare for the NBA draft?

For players such as Karl Towns or Jahlil Okafor – the players DraftExpress considers the likely No. 1 and No. 2 pick in the NBA draft – the decision to enter the draft was relatively easy. Returning to school was not likely to improve their draft stock.

But Tyus Jones faces a different decision. Jones – the point guard for Duke University – was named the most outstanding player of the Final Four. Despite this honor, what Jones will do next is uncertain. The current mock draft from DraftExpress has Jones being selected by the Toronto Raptors in the 21st pick. The mock drafts at CBSsports.com have Jones being selected in the same spot or a bit later in the first round.

So should Jones declare? Eamonn Brennan of ESPN.com wonders if he might be better off returning for his sophomore season. As Brennan notes, his draft stock “could benefit from a season spent as the bona fide, undisputed, high-usage Duke star.”

This past season Jones averaged 11.6 points per game, a mark that ranked fourth on Duke’s men’s basketball team. But the players who scored more are unlikely to be competition – Okafor declared for the draft, Justise Winslow seems likely to (but hasn’t yet), and Quinn Cook is a senior. Jones would be the top returning scorer and so could take even more shots and increase his scoring average.

But scoring is not the only factor that matters. The same study found that age is also important. And, it turns out, NBA decision-makers prefer youth over experience. Specifically, each year a player ages costs a player nearly five draft slots.

Jones will be a year older next year. He is also not guaranteed to be a player who just appeared in the Final Four. March Madness is a single-elimination event where upsets are not uncommon. Despite the somewhat random nature of the tournament, players who are on teams that advance to the Final Four do see their draft positioning enhanced by about five draft slots. If you return and your team does not advance to the Final Four again, then the benefit of your previous success vanishes. In other words, the Final Four appearance only counts if it happens the same year the player is drafted.

So where does all this leave Jones? Let’s imagine that Jones returns to school and manages to dramatically increase his scoring. Because he is guaranteed to age and cannot count on another Final Four appearance, even a dramatic increase in scoring would leave Jones’s expected draft position essentially unchanged. And since another year at Duke means that Jones will be risking injury in a job that doesn’t currently pay a weekly salary, it doesn’t make much sense for Jones to return to the Blue Devils.

All of this highlights the incentives facing the top talents in college basketball. Because NBA decision makers prefer youth, staying in school is a costly decision. And because a Final Four appearance seems to have as short shelf life, young players like Jones have an added incentive to turn pro.

These incentives of the NBA draft, though, don’t just impact the decision-making of the players. Elite talents make it much easier for coaches to win games. And since elite talents are unlikely to complete four years of schooling, coaches have a clear incentive to focus their recruiting efforts on players who are not currently interested in getting a four-year degree.

In other words, coaches today have an incentive to take the route Wisconsin’s coach Bo Ryan derisively called “rent-a-player.” Ryan’s Wisconsin team – which lost to Duke in the title game – did not employ any one-and-done players. In contrast, if Jones does depart this year, Duke employed three. And of course, Duke won the title.

If coaches perceive one-and-done players as a better path to success, this means coaches are going to increasingly recruit players who are not interested in completing a college education. And that will cast further doubt on the term “student-athlete.” 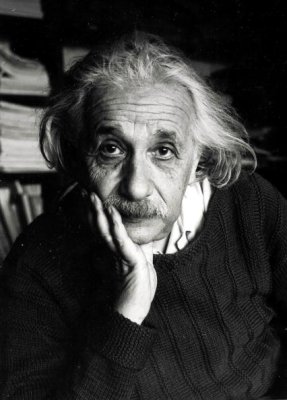 Einstein on the Ideas of Truth, Goodness and Beauty
Next Up: Editor's Pick