The federal jury that found Dzhokhar Tsarnaev guilty on all 30 counts in the Boston Marathon bombing Wednesday is now set to decide whether he should get the death penalty — but he’s unlikely to end up in the state of Massachusetts.

A death sentence would see Tsarnaev sent to the Midwest, while a sentence of life imprisonment would most likely send him to a supermax prison in Colorado.

If Tsarnaev is sentenced to death, he’ll sit on death row in Indiana. The federal government has executed only three inmates in the last 50 years: Timothy McVeigh, who was convicted in the 1995 Oklahoma City bombing; Juan Raul Garza, a reputed drug trafficker convicted of killing three people; and Louis Jones, a Gulf War veteran who kidnapped, raped and murdered a woman on a military base. All of them were executed in the last 15 years, and each execution took place at the U.S. Penitentiary in Terre Haute, Ind., the only location where the federal government carries out capital punishment in the U.S.

If Tsarnaev is given a life sentence, however, he could end up at one of a number of supermax facilities around the U.S., says Harvard University law professor Carol Steiker. The most likely is ADX Florence in Colorado, the federal government’s only supermax facility, nicknamed the “Alcatraz of the Rockies.”

The Colorado prison was designed to hold inmates like Terry Nichols, a co-conspirator in the Oklahoma City bombing, Unabomber Ted Kaczynski and domestic terrorist Eric Rudolph—all individuals the government feared could pose a potential threat while in custody.

Steiker says it will be up to the Federal Bureau of Prisons to choose where to hold Tsarnaev if he’s given life. North Carolina’s Butner Federal Correctional Institution, which holds Omar Abdel-Rahman—convicted on charges of conspiracy stemming from the 1993 World Trade Center bombing in New York—is also a possibility. The federal jail in Massachusetts where he is currently being held, FMC Devens, is designed mainly for male inmates requiring mental or medical care.

MORE: Boston Bombing Survivor: Either Sentence is Too Good for Tsarnaev

Massachusetts is also considered the most Catholic state in the country, with almost one in two residents identifying with the faith. The Catholic Church opposes the death penalty, and in the last few days, Catholic leaders around the state have publicly favored a life sentence. At least one Boston Marathon bombing victim has come out in favor of sparing Tsarnaev the death penalty, according to The New York Times. 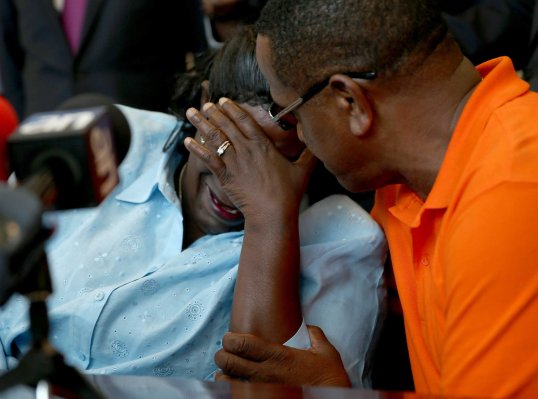