MIT Designer: Apple Watch Is a Glass Slab Trying To Do Too Much

David Rose is a MIT Media Lab scientist and inventor and the author of "Enchanted Objects," out in paperback on April 28 from Scribner.

As an interface design researcher at MIT, I’ve been critical of the cursed smartphone world for a long time. In my book, Enchanted Objects: Design, Desire, and the Internet of Things, I argue that the age of “connected things” will break the technological stranglehold smartphones have over our lives. Connecting everything will result in faster access to vital information and services, with less cognitive load and fewer distractions. The watch is Apple’s first bold move into the marketplace of the Internet of Things, but it’s still a glass slab trying to do too much.

What fantasy does the Apple Watch fulfill? Enchanted objects from fairytales and science fiction tend to satisfy a small set of wishes, the same set of super-powers that the Apple Watch is chasing.

Through glanceable displays of weather, stocks, and sales metrics, the watch aims to fulfill a fantasy of omniscience, sending you any real-time information you could desire. The watch also offers a form of telepathy through FaceTime and sending your heartbeat to a loved one. The age-old fantasies of immortality are also stroked by an activity and stress tracker that nudges you to be healthy. Teleportation, too, becomes a reality by making an Uber available at the click of a button on your wrist. And the Apple Watch fulfills another fantasy (though it’s more a fantasy of Apple’s) of frictionless capitalism, allowing you to pay for anything, anywhere (after Apple takes its cut).

The most exciting trend in technology and design is combining the physical and digital in elegant ways. To embed computing and interconnectedness into common objects (thermostats, pens, trashcans, jewelry, medication packaging, mirrors and more) makes the ordinary a little extraordinary. The smart watch is a step in the direction of enchantment, if the design is done well.

App developers have been presented an incredible design challenge: Take your current app and condense the functionality into a 1×1 inch square. The April 24th launch is re-prioritizing development plans. More than ever, app developers will have to consider the dimensions of touch and speech, as visual real estate has never been so limited. This matters because most apps are attention hogs, badly in need of a nip and tuck.

Mark Weiser, who coined the term “ubiquitous computing,” predicted that technology would become “as delightful as a walk in the woods.” When we walk through the woods, we process hundreds of pieces of information every second, yet despite this seeming sensory overload, the effect is calming instead of overwhelming. Why?

Our subconscious brain perceives these “raw” stimuli more quickly and easily than man-made symbols, such as words or numbers. Watches with analog displays have a leg-up because, like a tree in the forest, angles are processed “pre-attentively.” Numbers and text take much longer to perceive and process.

Perhaps the greatest and most desirable impact of the Apple Watch will be how it forces developers to summarize and display information in a way that demands less of our attentional pool. This is the world of milliseconds. Pre-attentive processing occurs within one-quarter of a second of sensing a stimulus, and can be done in parallel with other tasks, such as speaking and driving.

The Apple Watch has the potential to catalyze a new world of apps that are more useful and informative while diminishing their load on our brains — so we stop driving into road barriers, walking into light-poles, and dropping out of conversations with family and friends.

The pivotal question for you and me is this: Will the small size of the screen suck you into other apps and tasks on your phone, or create a bypass for these demands on your attention? Will the extra screen leave us more distracted or less?

As an object lesson, compare the e-book reader to an iPad. On simple Kindle models you are not distracted to check your email, because you can’t. When was the last time you read a book on an iPad without the temptation from all of the games and social media? With so many other apps singing their Siren-song, Odysseus himself could not get through The Odyssey.

Will the watch further divide, slice, and disrupt our attention? Or will it, as Farhad Manjoo wrote in the New York Times, “allow you to interact with the digital world at a glance, in a less outwardly antisocial way than you now do with your phone”? Will the new watch be a poisoned apple (a shiny exterior but evil inside), or will it help cure our information overload by forcing developers to trim their services to respect our attention?

We’ll know soon enough, and learn together by enchanting a familiar object that’s as old as, er, time. 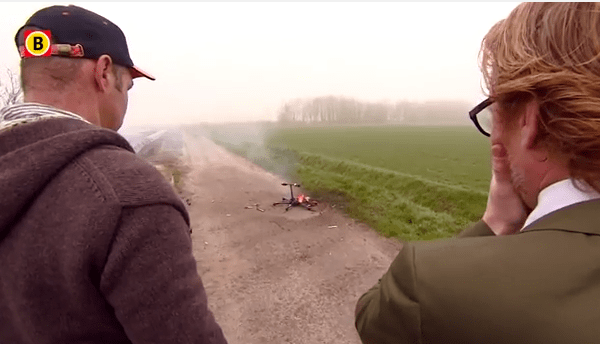 Here's Why Asparagus Is Yet Another Thing We Should Not Deliver by Drone
Next Up: Editor's Pick