Michael Chertoff is the former Secretary of Homeland Security and now co-founder and executive chairman of The Chertoff Group.

In the wake of the recently announced “framework” on Iran’s nuclear activities, both the Barack Obama administration and critics are spinning faster than the centrifuges. But the pivotal moment – when any actual agreement is signed – is yet to come. That is when we must face the crucial issue of how Iranian compliance with any agreement will be monitored and enforced.

As outlined by the president in a set of talking points already disputed by the Iranians, the proposed agreement will limit the number of centrifuges to be used while mothballing the rest; will allow the underground (and previous concealed) facility at Fordow to operate, but only to enrich isotopes other than uranium; and will permit “peaceful” nuclear research. Issues such as restrictions on Iran’s missile program or support of terrorism are outside the scope. But even those restrictions envisioned will be subject to interpretation and riddled with ambiguity.

The stakes are high. So long as Iran is deemed to be complying with a nuclear agreement, it will be relieved of many, if not all, sanctions, and it will be able to rebuild its economy. Further, an agreement will effectively place any future covert or military efforts to retard or destroy Iran’s nuclear efforts off limits. For example, it is inconceivable that Israel would be allowed to strike at a nuclear facility in Iran so long as the proposed pact is in force. Thus, if the agreement is deemed effective, it will act as a shield against efforts of any kind to interfere with Iran’s nuclear activities.

This, of course, was what happened in Syria, when President Bashar al-Assad crossed Obama’s red line and used prohibited chemical weapons. The United States signed onto a last minute Russian deal in which Assad agreed to dispose of certain declared chemical weapons. But the bargain was one-sided. It effectively legitimated the Assad government and shielded its continued use of other mass-killing weapons such as barrel bombs and chlorine gas.

Thus, there will be huge significance to any determination that Iran is complying with or violating the proposed nuclear agreement, especially one incorporating several subjective and uncertain requirements. For this reason, the president has understandably placed great reliance on the promise that there will be strict verification, and a “snap back” of sanctions if Iran transgresses.

Here’s the rub: The framework merely states that there will be a dispute-resolution mechanism when Iran and the West disagree about whether Tehran has broken its commitments. But actually the whole ballgame depends on the identity and the authority of the umpire who will make the finding that Iran has breached. If an allegation of Iranian violation is merely the opening round of an endless dispute, there will be wide latitude for cheating while that dispute is being litigated. And who will be the final judge? Will it be the UN Security Council, where Iran is likely to be protected by Russia, as was their mutual ally Syria?

The history of sanctions compliance suggests that there are many ways to rationalize or explain away apparent violations. Delay, obfuscation, quibbling over terms – especially when operative terms will need to be translated through multiple languages – are time-tested ways to protract resolution of international compliance disputes. Moreover, three reasons in particular will make it difficult for the international community to reach a decision that Iran has violated its obligations under this agreement.

First, recent history shows that once an agreement is signed, the parties view finding of violation as a defeat for their accomplishment. Indeed, many will take the lesson of the Iraq war to be that there can rarely be sufficient proof to establish a weapons-of-mass-destruction violation. You can be sure that if nuclear inspectors in Iran claim denials of access or violations, there will be vigorous push back by the Iranians and by a chorus singing “remember Iraq.”

Second, once sanctions are lifted, many Westerners will have vested interest similar to the Iranians in keeping them suspended. There is a lot of money to be made trading with Iranians. After Western enterprises have invested in Iran, they will be a strong voice against “snapping back” sanctions that will destroy their investments.

Third, any adjudication mechanism that requires UN Security Council approval to reimpose sanctions will give Russia a veto over the sanctions process. Besides further inserting itself into the Middle East through Syria and elsewhere, President Vladimir Putin’s Russia has also shamelessly interfered with Ukraine, and would be able to use its whip hand over Iran sanctions as a bargaining chip for its bullying in Europe. It’s not comfortable to contemplate a nonproliferation agreement that depends on Russia for its efficacy.

Whatever the debate about the framework, by far the most important negotiations are yet to come. Any nuclear agreement with Iran that is not enforceable and sanctionable through an impartial, apolitical, and swift dispute-resolution mechanism will not be worth the paper it’s printed on. 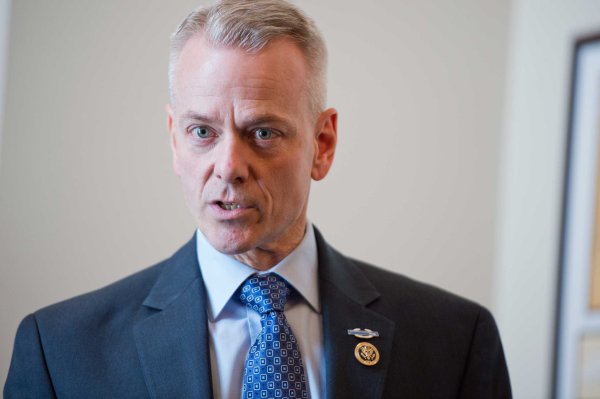 ISIS Defeat Must Be Political
Next Up: Editor's Pick