President Obama visited the Bob Marley Museum Wednesday on the first stop of his trip to Jamaica, where he has traveled to reemphasize the U.S.’s commitment to the Caribbean region.

The museum in Kingston, Jamaica was the legendary Reggae artists’ home up until his death in 1981. Six years later it was converted into a museum, complete with a recording studio, a display of his Gold and Platinum records, and a 3-D hologram of the late-artist.

Reporters were not allowed to enter the museum with the President, according to a pool report, but at least one photographer caught him saying, “I still have all the albums,” as he looked at a wall of Marley’s records.

While in Jamaica, the President will sign the official guest book at Jamaica House, the official residence of Prime Minister Portia Simpson Miller, who he’ll be meeting with during his visit. The President is also scheduled to make appearances at the University of the West Indies, and the National Heroes War Park Memorial.

Obama will travel to Panama on Thursday for the Summit of the Americas, where the relationship between Cuba and the U.S. is expected to take center stage. Obama is poised to remove Cuba from the list of State Sponsors of Terror, signaling an announcement may come during the President’s weekend trip.

This is the first Presidential trip to Jamaica since 1982. 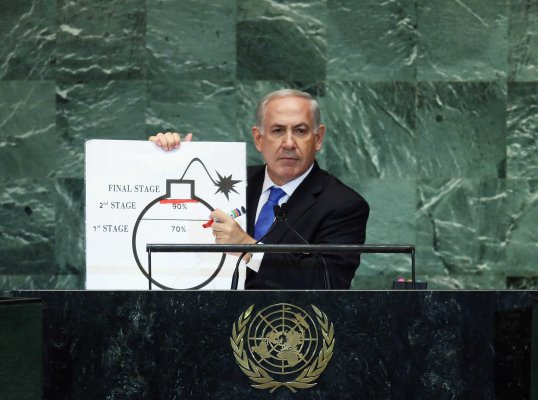 Did The White House Troll the Israeli Prime Minister?
Next Up: Editor's Pick