I was never nervous about flying until I saw that a quarter of the people boarding my recent Japan Airlines flight were wearing surgical masks. Even though they weren’t wearing metal chest plates or leather codpieces, I knew this was a clear sign of the Apocalypse, or at least of a CNN story of how one American somewhere might have Ebola. Desperate to calm down, I tried to convince myself that they all just needed to be ready at baggage claim to trick their Asian parents into believing they became doctors.

But during my 10 days in Japan, I saw people wearing surgical masks everywhere. They wore them very casually, and this is a culture so formal that you can’t go to a spa or gym if you have tattoos. I saw men wear them with suits and ties at the symphony. I saw young women in microskirts and cropped shirts rock them while they were out clubbing, hoping some handsome young man would see them and think, I’d like to take that contagious girl home and not do any mouth stuff with her.

But the surgical-mask thing was really weird. Even weirder is that while some wear them to keep out pollen or pollution, most Japanese people don’t wear masks to keep from getting sick. They wear them to protect others from their own colds. This, along with the apologizing, bowing, shoe removing and printing all their signs in English, is a level of politeness that must make having a cell phone at dinner extraordinarily stressful.

Though I wasn’t sick, I felt that as an American, I was crawling with germs compared with people who have 10 buttons on their toilet seats. So I walked into a drugstore and grabbed a three-pack of Unicharm’s 3-D masks in classic white, which conform to the N95 standards, keeping out more microbes than the ones surgeons use to protect patients with their skin cut open. The N96 ones, I’m guessing, turn phlegm into chicken noodle soup.

I got on the bullet train and strapped on my mask. It was so comfortable that within minutes I forgot I was wearing it, my bad breath magically N95ed away from my face. I expected people to give me grateful looks, but no one noticed. In fact, they didn’t notice me at all. I sat there sharing all my thoughts about my trip on Facebook to people far away while no one interacted with me in real life. It was exactly why I became a writer.

It turns out that lots of healthy young people are using surgical masks for exactly this reason–to be left alone–the same way I wear earphones at cafés even when I’m not listening to music and tell my parents I’m on a business trip every time they ask to visit. Some women even wear surgical masks to create a sense of mystery, though the mystery is mostly whether they’ve got cold sores.

There aren’t a lot of studies as to whether all this surgical-mask wearing has cut down on illness in Japan. But there are a lot of studies showing that everything in Japan works perfectly. Besides, this is a culture that already figured out how to avoid germs by bowing and never inviting any women with them to dinner. So I planned to wear my two remaining masks the next time I got sick, which should be any minute now, since I have a 5-year-old son. But as with any medical decision, I first ran this by my doctor, who once, in a clear violation of the Hippocratic oath, gave me his email address. “I’m not sure they’re any more effective than washing hands or coughing into your sleeve,” Dr. Robert Samuelson informed me. “I always thought someone wearing those masks in New York was more sick in the head than in the chest.”

Maybe Samuelson is right, because he majored in biology and then went to four years of medical school and I got a diploma for reading novels. Also because maybe a big part of being healthy is being social. So I’m putting away my mask until I get supersick, and then I’ll just wear it at home. That way my wife will know to get me soup and leave me alone. Just in case she doesn’t get my emails, texts and voice mails telling her that I’m supersick and need soup and to be left alone. Or notice my headphones. 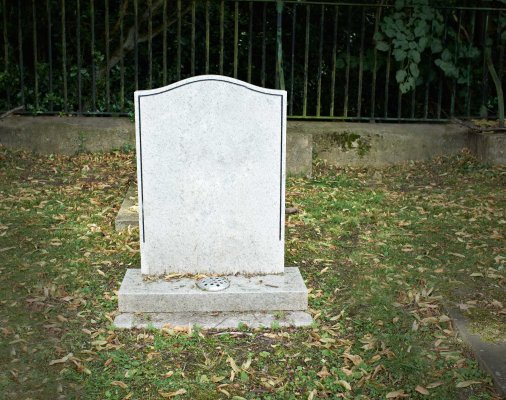 Obituary: The Death of Hope for a Female Late-Night Host
Next Up: Editor's Pick