The U.S. Postal Service said Wednesday it would not reissue a recently released Maya Angelou memorial stamp that prominently features a quote from another author.

USPS spokesman David Partenheimer told the New York Times that the quote — “A bird doesn’t sing because it has an answer, it sings because it has a song” — was often cited by the late poet during interviews, but it was written by Joan Walsh Anglund in 1967. (Angelou never took credit for the quotation.)

“The sentence held great meaning for her, and she is publicly identified with its popularity,” Partenheimer told the Times.

The USPS was made aware of the error on Monday by the Washington Post and told the newspaper they had not known the original, which appears in Anglud’s volume of verse A Cup of Sun.

The 89-year-old Anglund has taken the mistake in her stride. “I think it easily happens sometimes that people hear something, and it’s kind of going into your subconscious and you don’t realize it,” she told the Post.

This is not the first such mistake. President Obama falsely attributed the sentence to Angelou during the presentation of the 2013 National Medal of Arts and National Humanities Medal.

The stamp was released on Tuesday during an event in Washington D.C. that included First Lady Michelle Obama, Oprah Winfrey, activist and poet Nikki Giovanni and Angelou’s grandson Colin Johnson. 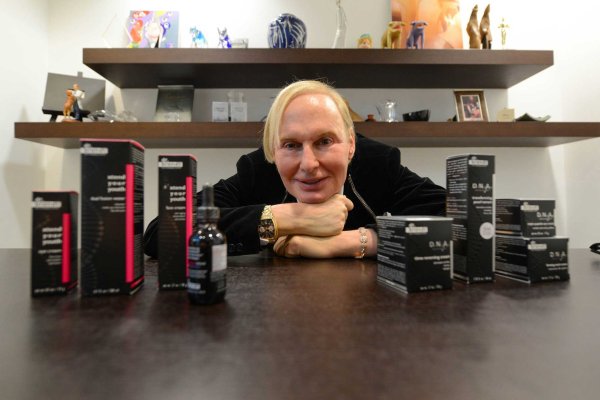 Former Beauty Editor: Dr. Brandt Was a Legend
Next Up: Editor's Pick