Philadelphia Police Commissioner: This Is a Defining Moment for Our Profession

People participate in a rally to protest the death of Walter Scott after he was shot and killed by police officer Michael Slager, outside City Hall on April 8, 2015 in North Charleston, S.C.
Richard Ellis—Getty Images
Ideas
By Charles Ramsey
Charles Ramsey is the Philadelphia police commissioner.

When I walked into work after seeing the horrific video of the shooting in North Charleston, S.C., everyone I saw was just shaking their heads. They knew it was terrible. It’s a terrible tragedy for Walter Scott’s family. And it’s another black mark for police at a time when we can least afford one.

This is a defining moment for our profession. There is a lot of tension that has been boiling beneath the surface for a long time. Tragic as this shooting is, it takes events like these to force the kind of change that’s necessary.

Police officers need to use better judgment. We need to implement more reality-based training programs that allow cops to better prepare for these life-or-death decisions. Every scenario is different — there are times when officers have no time or cause to use non-lethal options — but all cops need to be trained in a range of responses. Sometimes poor tactics put officers in positions where they resort to deadly force that could have been avoided.

The shooting also shows what a powerful and important tool cameras can be. The cell phone video in South Carolina begins only after something drew the witness’s attention to what was happening. If we equipped more officers with body cameras, we could be able to capture every single incidence from beginning to end, allowing the public to get a full picture, not just a partial one.

This is a hard time to be in this business because the majority of cops do their jobs very well. We’ve got 18,000 police departments in America, and the notion that a majority of them are out of control is not accurate. We all need to work toward understanding each other. Whether you’re talking about black lives matter or all lives matter, don’t limit the conversation to shootings that involve police. The majority of homicides are not the result of police shootings. In Philadelphia, more than 80% of our homicide victims are African American — including Officer Robert Wilson III, who was killed in the line of duty on March 5. Those lives matter, too. 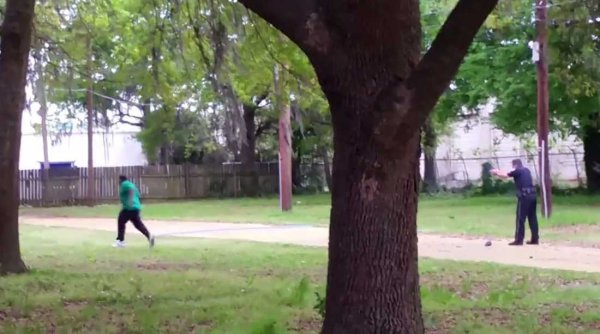 Errol Morris: Documentary of a Murder
Next Up: Editor's Pick