Obama Almost Twice as Popular in Cuba Than in U.S., Poll Says

A man with American flag sweatshirt walking through a street in Havana on Feb. 14, 2015.
Ozge Elif Kizil—Anadolu Agency/Getty Images
By Dan Kedmey

President Obama is overwhelmingly popular in Cuba, according to a new poll—so popular, in fact, that residents of the island nation give him almost double the approval ratings he gets back home.

The survey by Fusion and the Washington Post found that 80% of Cubans have a positive opinion of the American president. That’s compared to just 46% of Americans who approve of his performance as President, according to the latest Gallup survey.

The survey of 1,200 Cubans was conducted in mid-March shortly after the Obama Administration announced a historic thaw in relations with the Cuban government. 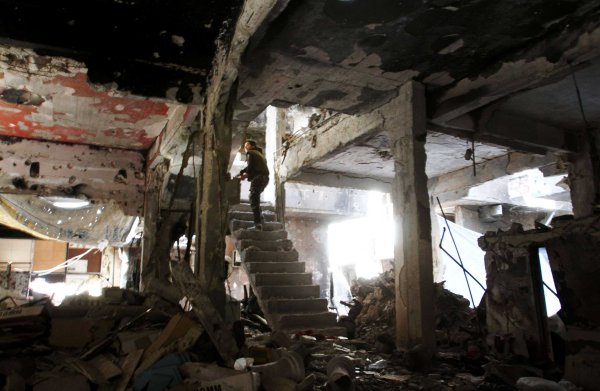 Palestinians Meet to Plan Attack on ISIS in Damascus
Next Up: Editor's Pick