The Middle Class Is Doing Worse Than You Think

It seems like everyone is concerned about economic inequality these days. A Gallup poll in January showed that more than two-thirds of Americans are dissatisfied with the way income and wealth are distributed, and politicians from both parties are talking about the problems facing the middle class.

But the problem may be even worse than Americans think.

A new report by the Federal Reserve Bank of St. Louis — hardly a liberal bastion — found that economic inequality is actually much worse if you take into account the demographics of the middle class.

Under the traditional economic model, which ranks all American families by their incomes and then analyzes those in the middle, the median income of the middle class increased only slightly, by between 2% and 8%, between 1989 and 2013.

But if you use a different economic model that takes into account demographic and sociological attributes, such as age, educational attainment, race or ethnicity, the median income of the middle class has actually decreased by 16% during that same time period, according to the report, which was released Tuesday.

Senior economic adviser William Emmons and policy analyst Bryan Noeth argue that the method economists typically use to measure the financial health of the middle class fails to reflect important shifts in the population, like whether a middle class family qualifies as middle class in terms of income but not in accumulated wealth, or whether a family is counted among the middle class one year, but not the next.

Instead, they suggest using a method that tracks the group more holistically, by defining a middle class family as one “headed by someone who is at least 40 years old, who is white or Asian with exactly a high school diploma, or by someone who is black or Hispanic with a two- or four-year college degree.”

“In effect, the bar has been rising to remain near the middle of the income and wealth distributions,” Emmons and Noeth write. “The growing importance of college degrees and other advantages more commonly enjoyed by white and Asian families are contributing to significant downward pressure on the relative standing of less-educated and historically disadvantaged minority families.” 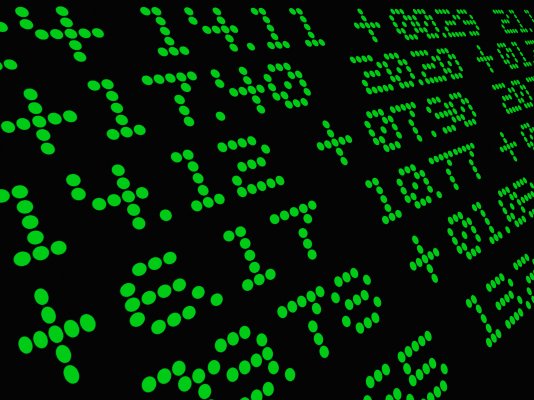 Why You Can't Trust the Stock Market
Next Up: Editor's Pick