Spain Says Catalonia Can't Vote for Independence, But Catalans Will Go Ahead Anyway

Demonstratorshold Catalan flags during a protest calling for independence from Spain in Barcelona, October 2013.
JOSEP LAGO—AFP/Getty Images
By Per Liljas

In a Tuesday ruling, Spanish judges found Catalonia’s planned independence referendum to be unconstitutional, but secessionists in the Spanish autonomous region (called a “community” in Spain) have vowed to proceed regardless.

“This will have no effect on the process,” said the Catalan government’s spokesman Francesc Homs on local television.

Although stifled under the yoke of the Franco dictatorship, Catalonia has long felt cultural and linguistic disctinction from the rest of Spain. In recent years, it developed into a powerhouse of the nation’s economy. However, amid the country’s financial crisis, Madrid has been urging national unity.

“No one can unilaterally deprive the entire Spanish people of the right to decide on their future,” Spain’s conservative Prime Minister Mariano Rajoy told the parliament, which is due to debate the referendum on April 8.

Catalan leaders have compared their situation with Scotland’s, which will hold a referendum on independence in September, but the Spanish Constitutional Court found that the country’s charter does not allow such a poll.

Last September 11, Catalonia’s national day, hundreds of thousands of Catalans formed a vast human chain across the region to call for independence. The referendum, if it goes ahead, is planned for Nov. 9. 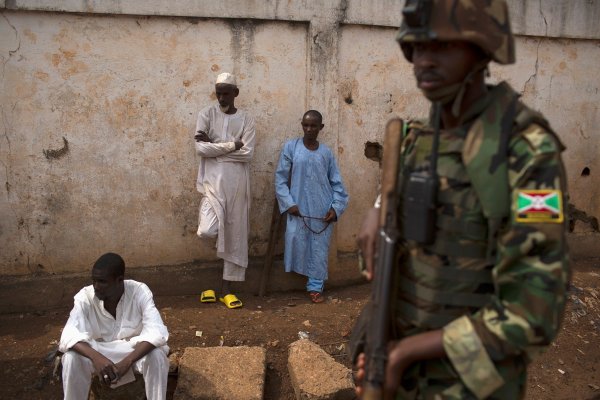 Central African Republic Marks a Grim Anniversary of Chaos
Next Up: Editor's Pick