Welcome to this week’s edition of TIME LightBox Follow Friday, a series where we feature the work of photographers using Instagram in new, interesting and engaging ways. Each week we will introduce you to the person behind the feed through his or her pictures and an interview with the photographer.

This week on #LightBoxFF, we speak with Alex Ogle (@alex_ogle), a Hong Kong-based photographer with Agence France-Presse, who has been covering the city’s unprecedented protests. He speaks to TIME about the power of mobile photography in times of change.

LightBox: Why did you first join Instagram? What does it bring you that other social networks or communication platforms didn’t in the past?

Alex Ogle: I enjoy Instagram for being a purely photo-driven network; an endless stream of pictures from interesting people in interesting places. Or mundane photos in everyday places from friends who aren’t photographers, which I often find just as fun because you’re seeing how they see the world. I find there’s far less clutter than what you get on Twitter or Facebook. I joined when I first got an iPhone a few years ago and it became a good place to share my pictures when I was [a writer] for the Agence France-Presse news agency, editing and reporting in Washington D.C., and trying to find a way to move over to photo. I made that switch last year after I moved to Hong Kong, and I’m now an editor on the photo desk and I get to shoot occasionally.

LightBox: How do you use Instagram? What type of photos do you put up?

Alex Ogle: A while back I was only posting pictures taken with Instagram’s in-app camera, posting instantly and always with the same heavy filter. Those were the heady days of early 2012 and maybe everyone had to go through their own blue, or very orange, phase before realizing things looked a bit better when they were more realistic. When I first got to Hong Kong, Instagram became a great way to explore the city. There’s a big Instagram community here so there’s always new places to explore through the pictures you see. When I was not working shifts on the text desk, I’d pick a new subway station in a different part of the city and walk around that area taking street shots.

LightBox: What has been some of the most popular images on your feed? How do you interact with your followers?

Alex Ogle: The most popular images are often the most predictable – looking up at huge apartment buildings, for example, or a nice sunset always get a good amount of likes. There’s always temptation to post a populist shot (or repeat ones that worked before) but it’s a lot more satisfying when you get a good scene that no one else has. I try to answer commenters when they ask where specifically a picture was taken, but I stay out of it if people are arguing under my pictures, which sometimes happens when posting images of political protests in Hong Kong. I’ve also made some good friends that maybe I never would’ve known if it wasn’t for this app.

LightBox: With the protests taking place in Hong Kong now, how has your use of Instagram changed?

Alex Ogle: I don’t think my Instagram habits have changed since the protests began, only that I’ve had no days off, I don’t sleep much, I don’t eat enough and I’m constantly worried about missing pictures, but that’s pretty normal when covering a big, historic story. It’s been fascinating to document the city’s changes in the last week. When you venture further away from the main protest areas, people are just wandering around on roads that are usually packed. It feels like a science fiction movie where you wake up and cars don’t exist anymore. Or, a zombie movie. Since the start of the protests, I’ve been posting pictures on my Twitter feed as well – pictures that weren’t used [by AFP], smaller details perhaps, but not that much action because I’m shooting with my digital SLR when something big is happening.

LightBox: How important is mobile communication, especially through images, today?

Alex Ogle: Mobile photography continues to grow in importance for sharing news and it has been doing so since phones with good cameras came out. There are not many things that are more of a threat to those in power than thousands of people sharing images of that power being abused. In Hong Kong, the tear gassing of unarmed protesters completely backfired as news of those actions spread so quickly. It didn’t scare people into going home, instead it prompted even bigger crowds to come out, take over and paralyze large parts of the city. 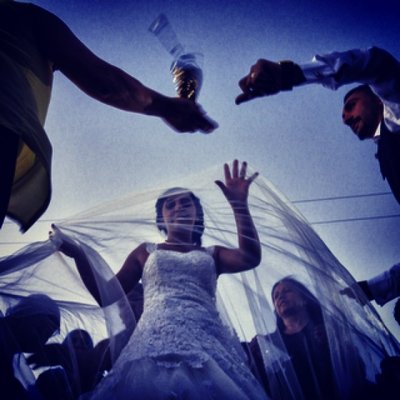 #LightBoxFF: A Call for Social Change on Instagram
Next Up: Editor's Pick