Before Jimmy Fallon was host of The Tonight Show, and even before he was cast on Saturday Night Live, he was a struggling young comic trying to find work. His job search led him to try out for a spot on former SNL star Dana Carvey’s brand new show, The Dana Carvey Show, and he thought he rocked the audition, but they never called. Last night on The Tonight Show, Louis CK finally gave him an explanation: He personally torpedoed Fallon’s chance at getting the job.

Turns out Louis CK was working on the show and when Fallon came in, he could tell he was talented and ambitious and was definitely going places. He was also young and attractive and may have been shaking his rear end during the audition. For Louis CK, that was a package he didn’t want delivered on a daily basis, so he set about making sure Fallon never got hired. Luckily things have worked out well for Fallon or else Louis CK might feel a little more than a little guilty. 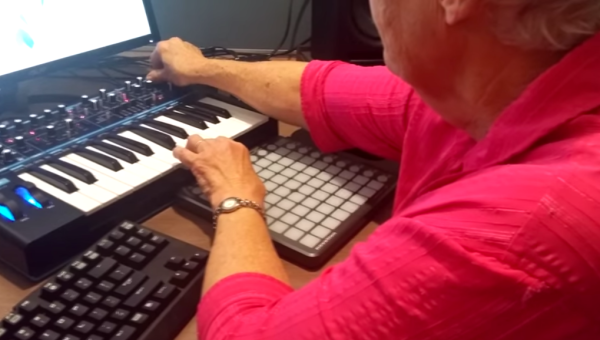 Watch the Coolest Grandma Ever Rock Out on a Synthesizer
Next Up: Editor's Pick