Instagram Wants Hyperlapse To Be 'Another Way of Seeing'

Sometimes it seems that a new photography app is released every single day, offering a new way to shoot, edit or produce pictures on a smart phone. But rare is the app that rockets to the top of the Most Popular rankings within hours of launch, inspiring hundreds of thousands of users to try it out and see for themselves what all the hype (note: pun intended) is about.

Hyperlapse is such an app. Created by a small team of developers at Instagram, the app doesn’t offer a new, revolutionary feature—it’s been designed to create time-lapse videos. Yet, despite the scores of similar, existing apps, Instagram has been able to grab headlines by offering a sleek, streamlined experience: Hyperlapse offers just one feature and one button, with the user adjusting the time-lapse speed after the shoot.

For Instagram‘s Editorial Director Pamela Chen, Hyperlapse is a new way for photographers to express their creativity effortlessly.

“Visual stories, by nature, have always been about compressing time into a moment, whether it’s photography, video, painting, sculpture,” Chen tells TIME. “As visual storytellers, we try to distill all these full-life experiences into moments that reveal who we are. Photographers, in particular, specialize in these ways of seeing, these moments, these fractions of a second—one frame, one image is 1/25th of a second. And that one frame gives us a taste of what that entire experience was like. When you think about it that way, Hyperlapse is another way of seeing. And I think it really does unlock a new gateway into what these new moments can be and consequently have a huge impact on how we can tell visual stories.”

Instagram’s goal with Hyperlapse was to simplify the process as much as possible.

“[Time-lapse] has long been this highly technical endeavor that requires specialized equipment, and even for versatile photographers, it has always been something that you have to drop everything else you were working on to get one clip right,” says Chen. “The payoff is often anti-climatic because you spent eight hours to do one 30-second clip. What Hyperlapse does is take the technical process out of the way so that the photographer can focus on executing the creative vision of capturing what matters. You don’t have to drop everything you’re doing to get one time-lapse. It’s another tool on your phone that’s very accessible.”

Hyperlapse, meanwhile, is banking on its tight integration with Instagram and Facebook—two social platforms that dominate the photo-sharing market– to dominate its competitors.

Charlie Hamilton James, a photojournalist working for National Geographic, was one of the first photographers to get a pre-release version of the app, and it coincided with a visit to Monument Valley. “It was a very good and fun way to document my trip,” he tells TIME. “Especially in Monument Valley where the road is very rocky and bumpy. My wife was driving when I was filming out the window, and [the app] smoothed the video out.”

The app could help on assignments, James adds, if used for the right purposes. “I think it’s a nice way of shooting a story,” he says. “With all these things, it’s either a gimmick if it doesn’t serve a purpose. But if you can use it as a tool and the work it does shows and proves something about the work you’re doing, then it becomes a valuable tool. I’m doing a story on vultures for National Geographic at the moment, and that would be a very good tool to show how fast they eat a dead animal, because it’s showing us something; we’re learning from it.”

For Scott Strazzante, a photojournalist with the San Francisco Chronicle, the app’s simplicity is part of the attraction. “I’m a still photographer, but I have to do video for my work, and I enjoy doing that but [it’s often hard] to concentrate 100% on doing a good one. The thing I like with Hyperlapse is that it’s so simple to use. You push three buttons and it’s done.”

He adds: “I’m not a technical guy. I joke that I’m a button-pushing monkey, but I really am. I know my cameras, but I’m not interested in technology. I’ve never done a timelapse with a 35mm camera, so I really enjoyed the simplicity of it.

Strazzante probably won’t use it every day, he says, “but when I’m in situations where there’s a lot of movement and I want to spice things up, I’ll put a video up.” 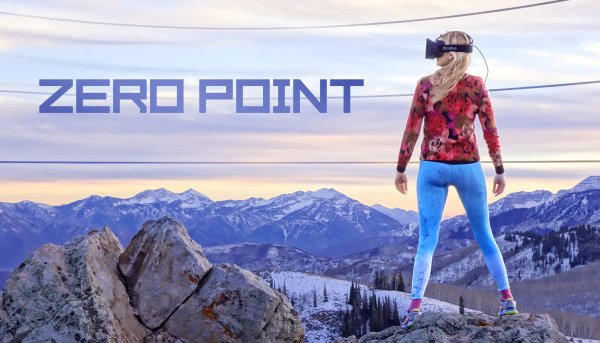 Here&#039;s What It&#039;s Like Inside the First Virtual Reality Documentary
Next Up: Editor's Pick