Prospective job applicants wait in line to learn about job openings at the Kentucky Kingdom Amusement Park during a job fair at the nearby Crowne Plaza Hotel in Louisville, Ky., Jan. 4, 2013.
Luke Sharett / Bloomberg / Getty Images
By Bill Saporito

The best thing you can say about today’s dismal job numbers is that they’re likely wrong. “This would be really bad news if it was true,” says professor Peter Cappelli, director of the Wharton School’s Center for Human Resources. The underwhelming 74,000 increase in non-farm payrolls suggest that the idea the economy was gaining momentum just got coldcocked by bad weather and weak spending.

Then again, consider that the November jobs report was revised upward to 241,000 from 203,000; the October report was upwardly revised to more than 200,000 new jobs too. The U.S., on average, has been adding about 180,000 jobs a month as it tries to fill the 8 million job hole created by the Great Recession. Just to keep pace with population growth we need to add 143,000 jobs monthly, so the 74,000 figure, if it stands, is actually a move backward.

Yes, you can blame the weather for some of this. According to BNP Paribas analyst Julia Coronado, our horrible winter could have whited out 75,000 jobs, as employment was lost in construction, tourism and transportation.

Along with weak job growth, the other perplexing number in the December report is the drop in unemployment, down to 6.7% from November’s 7%. That’s the lowest the jobless rate has reached since November 2008. But the lower number is problematic too because it signals that more people haven given up looking for work. “If the unemployment rate is falling and job growth is less than population growth, the only way that can happen is that lots of people have given up,” says Cappelli.

You can see that in the labor participation rate, which dropped to 62.8% from 63%–that’s the lowest level since February 1978, says National Association of Manufacturers chief economist Chad Moutray. It’s not unusual for people looking for full-time work to drop out in December, says Cappelli, since they figure that many companies are only hiring for temporary work at that time of the year. But it’s hardly encouraging and more men have thrown in the towel than women. For them, the so-called ‘he’-cession continues.

The jarring data also gets thrown into the mixer as the Fed gets ready to taper its bond buying program by $10 billion to $75 billion a month. Coronado points out that average hourly earnings grew a mere 0.1%, which dents purchasing power. Since the economy is nearly 70% consumer-based, that’s a sign of weakness. “This report certainly adds fuel to the fiery debate on whether low inflation is likely to continue or is sending a signal about the underlying strength of the economy,” she says.

So why are the data wrong? The government report contrasts sharply with payroll company ADP, which recently reported that private businesses added 238,000 jobs in December. It’s a matter of money, says Cappelli. The Bureau of Labor Statistics employment data is gathered through a survey, and the agency doesn’t or can’t spend the money needed to expand the design’s sample size enough to make the result more reliable. So the numbers are instead revised later when better data becomes available. Maybe BLS needs to hire a couple of people to improve the product. 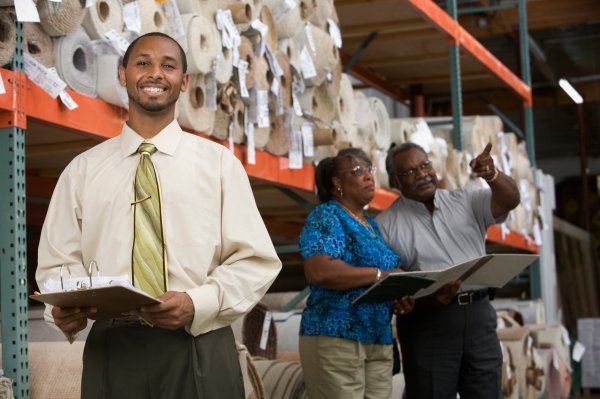 These Are the 5 Most In-Demand Jobs Right Now
Next Up: Editor's Pick