True Detective to Compete for Emmy As Drama, Takes Aim at Breaking Bad

Look out, Bryan Cranston. Matthew McConaughey wants to capture your Yellow King. (Statuette, that is.)

According to reports in industry trades, HBO is planning to enter True Detective in the drama series Emmys rather than the miniseries category. The surprise move means that, rather than potentially sweep the weaker miniseries contests, HBO’s Louisiana Gothic murder mystery will go up against the likes of Mad Men, House of Cards–and the last season of Breaking Bad.

The move is the opposite made by FX’s American Horror Story, which has entered each of its self-contained seasons as miniseries. Had True Detective gone this route, it was widely expected to clean up. The mysteries of Emmy strategery are myriad, but HBO’s gambit has a few implications:

* Though HBO has dominated movies, and often miniseries, it hasn’t had a best drama winner since The Sopranos. It would like one, and it must see True Detective as its best shot this year–more so than The Newsroom, Boardwalk Empire, or Game of Thrones (an excellent series but the Emmys seem to be allergic to fantasy).

* All this sets up a colossal showdown with the last season of Breaking Bad. I’d give Breaking Bad the Emmy over True Detective‘s season–not that anyone’s asking me–but McConaughey could be the irresistible force that dislodges the immovable object of Bryan Cranston.

* Meanwhile, Jon Hamm–who should have won for Mad Men‘s fourth season, at least–is now an even longer shot to win an Emmy as Don Draper. I guess that’s what the money’s for.

Above all, though, this is yet more proof of how increasingly arbitrary it is to divide TV series into categories. The True Detective news came just after word that Showtime’s Shameless would enter as a comedy rather than a drama–the same decision that Netflix’s Orange Is the New Black made a while ago.

Now, Orange is a funny show, but so is The Good Wife, which can often be the funniest show any given week it’s on; it’s a drama nonetheless. Meanwhile, the comedy category is also jammed with cable half-hour shows that can easily be as dramatic as they are comedic (Girls, Nurse Jackie). Maybe the 13-episode AHS is a miniseries, because it’s self-contained! Maybe the eight-episode True Detective is a series–a lot of British drama series are even shorter!

The fact is that as TV gets more varied and ambitious, it’s harder to fit into neat categories. The real reason to separate hourlong emotional-but-funny shows from half-hour funny-but-emotional shows is less about any real distinction of genre than the need to have multiple categories so that the same show doesn’t win everything.

This decision, at least, gave us some suspense on that score. Next August, it’s The One Who Knocks vs. The Michael Jordan of Being a Son-of-a-Bitch. 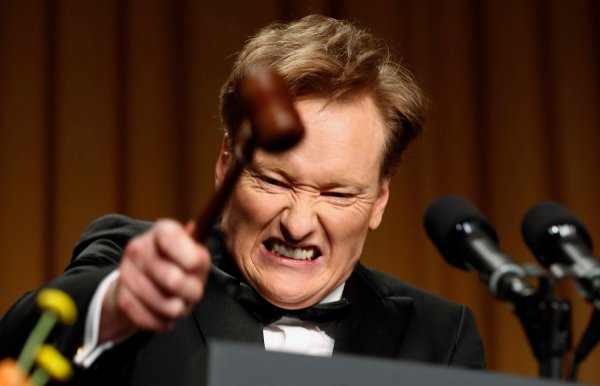