Behind-the-scenes of the filming of Just A Reflektor.
Caroline Robert
By TIME Photo Department

Imagine watching a music video and simultaneously directing it. Vincent Morisset, a self-described “web-friendly” director, in collaboration with Aaron Koblin, a digital artist at the Google Creative Lab, have made this seemingly sci-fi scenario a reality. Just a Reflektor (best viewed in Google’s Chrome browser) is an interactive short film tied to “Reflektor,” the title track from the upcoming new album by the Montreal-based band Arcade Fire. (David Bowie sings backup vocals on the track.)

The project works by pairing your phone to your computer through its webcam. Your gestures with the phone shift the filters and focus of the video (filmed in Haiti) tracking the journey of “a young woman who travels between her world and our own.” Altering the entire look and feel of the video in real time, the viewer can make each viewing experience completely unique and immersive. The software is open source and available online. Here, Morisset writes for LightBox about the origin and evolution of the project.

As the first ship arrived on the scene of the sinking South Korean ferry, Captain Moon Ye-shik of the Doola Ace immediately sensed the enormity of the situation. "The ship was listing (badly), 30 to 40 degrees," he told CNN. "It was in such a bad condition, anyone would assume evacuation was well underway." Just 200 meters away from the ferry Sewol, Moon's oil tanker arrived minutes after the distress call, ready to help. But Moon saw few signs of the evacuation he expected. Cell phone footage from the students onboard the ferry show the passengers had been told by authorities to stay put. "Please do not move from your location. Absolutely do not move," were the instructions issued through the loudspeakers. More than 300 people remain dead or missing after the ferry slowly sank on April 16. Moon remains critical of the actions of the ferry crew, who are now in custody for negligence and failing to help the passengers. "They should have made the call for evacuation. So many lives would have been saved."
Caroline Robert

In 2011, I met Aaron Koblin at OFFF in Barcelona. We promised ourselves that we would work together one day. Last fall, Aaron and I started to ping-pong some ideas. We were quite excited about the potential of connecting devices through Web sockets. From the very beginning, we knew that we wanted to explore that notion of connection in storytelling. My genius developer, Édouard Lanctôt-Benoit, had the idea of displaying a tracker on the phone and using camera vision from the computer to track it.

We pair this information with gyroscope and accelerometer data sent through the network. This set-up allows us to determine where we’re holding the phone and how to handle it. I didn’t wanted to transform the phone into a remote control or a game pad, though. I thought it could be more interesting if the phone became a source of light, giving the illusion that we have a small video projector in our hand beaming images on to the computer screen’s surface. I wanted to recreate something that feels analog and optical. Bringing back the visceral pleasure of playing with a flashlight, a prism or shadow puppets.

This is why we can't have nice things. A security flaw affecting most versions of Microsoft's Internet Explorer web browser is making the rounds. If you use IE, you'll want to follow one or more of these four steps in order to keep yourself safe. Use a Different Web Browser This is the path of least resistance. Until Microsoft patches up this hole, using a browser such as Google Chrome or Mozilla Firefox can keep you safe from this particular vulnerability. Don't Click On Suspicious Email or Chat Links This is a rule for every day, not just today. This vulnerability only works if the bad guys can get you to click your way to a special infected page they've set up. These trick links might make their way to you via email messages or chat messages that seem legit. If someone forwards you an email or initiates a chat with a link in it, call them on the phone and ask them if they really sent it. This accomplishes two things: One, you can make sure you're not being duped. Two, it'll make that person think twice about forwarding you an email or trying to chat with you ever again. The less time you spend dealing with forwarded emails and mind-numbing chat conversations, the more time you'll have to live your life as intended. Download and Install This Microsoft Toolkit I appreciate the irony of having just told you not to click on mysterious links, but click on this mysterious link and install this program. It'll automatically protect Internet Explorer and "make the vulnerability harder to exploit," according to Microsoft. Notice that Microsoft didn't say it'd be impossible to exploit. Ratchet Up Your Internet Explorer Security Settings If you don't want to use a different browser until this blows over, you can goose Internet Explorer's security level instead. Take note that ramping up the security level could impact the performance on certain sites, especially those containing interactive elements. This should be a last resort, like if you're using a work computer and your IT department won't allow you to install a new browser. Seriously, try Chrome or Firefox first if you can. You might like them. Here's Microsoft's how-to: To raise the browsing security level in Internet Explorer, perform the following steps: On the Internet Explorer Tools menu, click Internet Options. In the Internet Options dialog box, click the Security tab, and then click Internet. Under Security level for this zone, move the slider to High. This sets the security level for all websites you visit to High. Click Local intranet. Under Security level for this zone, move the slider to High. This sets the security level for all websites you visit to High. Click OK to accept the changes and return to Internet Explorer. Note If no slider is visible, click Default Level, and then move the slider to High. One bonus tip: If you're using Internet Explorer on Windows XP, the chances that this issue's going to get fixed are pretty bleak. Microsoft finally dropped support for XP earlier this month, which means any security fix that's issued for one of Microsoft's newer operating systems won't make its way to Windows XP. If you insist on using XP, your best bet would be to use a different browser like Chrome or Firefox for everything and cross your fingers that neither of those browsers suffers a serious setback such as this in the future. Microsoft details a few other tips here as well.
Caroline Robert

Again, by a strange coincidence or synchronicity, Arcade Fire was recording at that time a song called “Reflektor.” It was the perfect fit thematically! The lyrics became the foundation of the project. For me, this song is a quest for truth, a metaphor about representation and identity. I thought about Plato’s Cave. The actual interaction was now part of the message. We created an invisible wall in the physical space, with the spectator on one side, the protagonist trapped in the screen on the “other side.” Fiction and reality colliding. This was also something I wanted to explore — combining documentary-style shooting with an imaginary world. To create a clash, in a sense, between the first, interactive half of the clip and the end, where the spectator is invited to let go.

Caroline Robert, Brandon Bloomeart, Édouard Lanctôt-Benoit and I spent months in our studio in Montreal to figure out the interactivity, the esthetic and general story of the film, playing with optical toys, coding prototypes — the pieces of the puzzle slowly snapped together and the storyboard was crafted through this process.

Haiti has always been a great source of inspiration for the band. It seemed natural to set the story there. Again, to create a contrast between our world and another fascinating one.We went to Jacmel, the cultural capital of Haiti and host of one of the most exciting carnivals in the world. Our journey there was amazing.

We had the help of the local film school, Ciné Institute, who guided us in the city and gave us a big hand on the actual production. Axelle “Ebony” Munezero is the protagonist in the clip and the choreographer. Through her dance and presence, she combined pure beauty and fierce passion. It was also a great honor to collaborate with the Google Creative Lab. Aaron is an amazing creative director who deeply understands this medium. He gave us a lot of trust. The dev team there helped with network and sound synchronization. They also built the user interface for the tech page. At London-based production company Unit9, producer Amelia Roberts and lead developer Maciej Zasada were a key part of the project. Finally, the film shoot was taken care by Sach Baylin-Stern from Antler Films.

Vincent Morisset is a director and new media storyteller based in Montreal.

Arcade Fire’s Reflektor is available through Merge Records from Oct. 29, 2013. 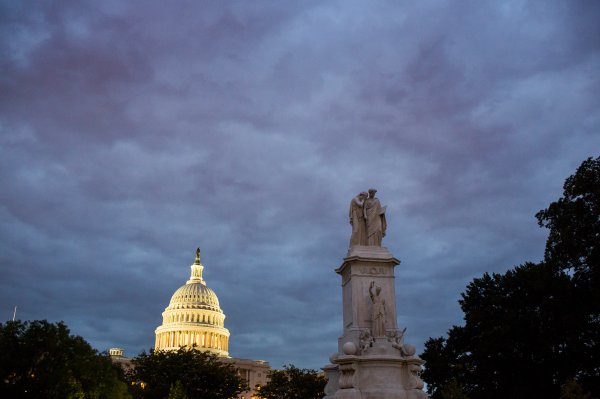 Sunrise on the Shutdown
Next Up: Editor's Pick