There’s an oil rush in North Dakota. Energy dollars have flooded the rural state, making it home to the lowest unemployment rate in the country. The state’s oil and gas fields employ some 30,000 workers — six times the number of people working there eight years ago.

The oil is buried deep in the 200,000 sq-mile Bakken Shale and shows few signs of letting up. Experts suggest it could take another 27 years to remove the estimated 7.4 billion barrels of oil from the ground. But behind the abundance are the stressed, isolated lives of oil workers like those captured in “Black Rush Life,” a film directed and shot by Christina Clusiau, with additional photography and executive production by Shaul Schwarz.

“I wanted to show the personal life of this place—more than the industry, more than whether domestic fracking is good or bad,” Clusiau said. “I wanted to look at the human experience.”

TIME’s Noah Rayman spoke with Clusiau about the film.

How did you come into contact with the North Dakota oil rush?

I grew up in northern Minnesota. A lot of my friends and acquaintances were heading to North Dakota for work. Many talked about the extremes of the place, how crazy and unbelievable it was. So many jobs, lots of money, but no place to live. The place had a sentiment of the Wild West, a free-for-all, migration of the modern day pioneers. Places like McDonald’s were paying $15 an hours to start with a $500 dollar signing bonus. I was intrigued, so I went there.

What drew your interest in these workers?

Everybody I encountered had a story to tell. Everyone I talked to spoke of hardship, loss of a job, foreclosure of their home, failure of relationships, of trying to help their families. And this, working here, allowed them to provide in a way they couldn’t do before. So, I set out to understand, why did people come here, and what did that mean?

The simple answer is the money. But, I found it was much more complicated than that.

What’s North Dakota like in the winter, which is when much of the film takes place?

It’s cold. It’s barren. It’s isolated. It’s lonely. There are miles and miles and miles of nothing. And then you come upon these huge rigs in the landscape. Everybody talks about this influx of people and the population, but in some of these areas, it’s almost like nobody is there. They work. They sleep. And that’s it. For many, it’s the end of the line. They come out of desperation and loss, and the boom represents another shot at this idea of the American dream.

Noah Rayman is a writer based in New York City. 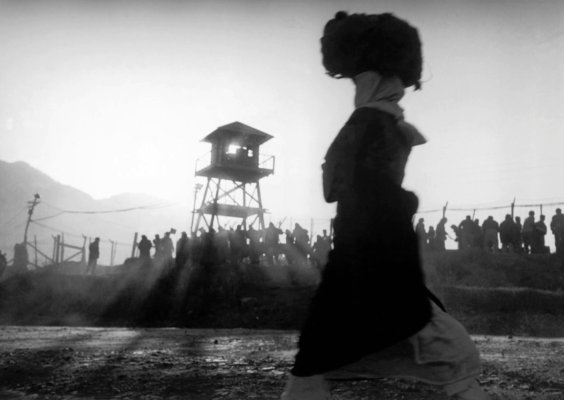 An Era Defined by Exile: Korean War Photos by Werner Bischof
Next Up: Editor's Pick