'As I Am': From the Streets of South Memphis to the White House and Back Again

In 2011 Christopher Dean, a senior at Booker T. Washington High School in Memphis, stood with his classmates at a graduation rehearsal. Someone on stage called his name and asked him to come up. “I shivered in my boots,” Chris remembers. He wondered what he could have done wrong. He walked to the stage and was shown a seat with his name on it. As he sat down, he was told that he would be introducing President Barack Obama at graduation, and that he’d be sitting at the president’s side during the ceremony.

Chris had only two rehearsals and three days to prepare his speech. His first reaction was to seek help from the school’s basketball coach, Coach Hunter, who was known as something of a poet in the school. They spoke extensively and decided to craft a poem together. A few days later, Chris showed the poem to his principal, Ms. Kiner, who read it, smiled and threw it in the garbage. “It’s good,” she said, “but it’s not you. I want to hear you speak.”

Together, they produced a sincere and personal introduction, one that ultimately garnered Chris national attention, a scholarship to Lane College and internships at the White House and a Memphis newspaper, The Commercial Appeal.

During his internship at the paper Chris met photojournalist Alan Spearman, who has been working for The Commercial Appeal for 15 years. The United States census had recently named Memphis the poorest city in the country, and the editors called a meeting to pitch ideas on how to best document their city’s dire poverty. Alan had explored the streets of Memphis through his lens. Chris grew up in the projects of South Memphis; by the time he was 5 he’d lost his father — 20 bullets to the chest in a gang shootout. They both understood what “poverty” really meant in Memphis. It didn’t take long for the two to start their own project.

This, their first collaboration, helped form the foundation of the film. They spent a total of eight weeks on foot, documenting South Memphis.

“For me,” Chris says, “this was just like walking through normal life. But Alan taught me how to see things differently. I started to imagine what it was like to know nothing about the streets and thought, What do I need to show people? I imagined being in a car and speeding by this city … This project was about stepping out of the car, taking the time and getting closer.”

The result of their collaboration, a 12-minute film — at-once impressionistic, gritty and gorgeous — is called As I Am. Its rich collage of imagery, music and poetry interweaves Chris’s thoughts with the voices of other men and women encountered during filming. The remarkable story behind the making of the film, as well as the film’s beauty, has drawn accolades; for instance, it was voted one of Vimeo’s top twelve films of 2012; it has been viewed more than 100,000 times since it went online.

The language in the film is striking and deeply connected to Chris’s life and his dreams. The chilling, reoccurring line, “afraid of the future,” comes from a poem Chris has worked on since he was in 10th grade, and was Chris’s original working title for the film. Another memorable line, “when your stomach is touching your back, your stomach is touching your back,” was something his uncle said one afternoon as they sat on his porch and he explained why he had to sell his car.

The soundtrack, meanwhile, is firmly rooted in the South, with songs provided by young local singers such as Kevione Austin and Ladrecus White, who goes by Drako, as well as the blues great Blind Mississippi Morris. The film was scored by two Memphisites, Paul Taylor and Sean T Faust. “Pain has come all the way from Africa, through the Caribbean, the Mississippi Delta and into Memphis, and as a result the city has created music that has influenced the world,” Spearman says.

Today, Chris understands the effects he can have on his community and returns to South Memphis as an inspiration.

“My people and my friends need more than apples and bread,” Chris says. “They need guidance and a role model who can say, I am from where you’re from, I grew up here too, and if I can do it so can you. I can be their hope.”

After our conversation, he was going to teach someone who appears in the film and who spends most of his time “on the block” how to apply to Lane College.

“He didn’t want to go to any other college,” Chris says. “He wants to go where he knows he has friends.” Chris explained that this is a problem most of his friends face; just like they fear leaving their neighborhood, risking getting beat up, they fear leaving for college without a support system. “It makes sense he wants to go where I am, but I am going to go back and tell him not to be afraid to try something different.”

The final version of the short, powerful film Alan and Chris made achieves far more than merely showing “poverty in Memphis”; it is a deep, at-times raw reflection on human survival, and an homage to a wounded city. When I ask both Alan and Chris whether they would like to live in South Memphis despite the hardships, they both laugh.

“There’s nothing like home,” says Chris, who is currently based in Jackson, at Lane College. “I won’t be gone too long from this place.”

Chris Dean is currently in his sophomore year at Lane College and helping Alan Spearman produce the upcoming film Ground, a collaboration between Alan and renowned director Craig Brewer. Mark Adams is the co-producer of As I Am.

Visit The Commercial Appeal for more on ‘As I Am’. 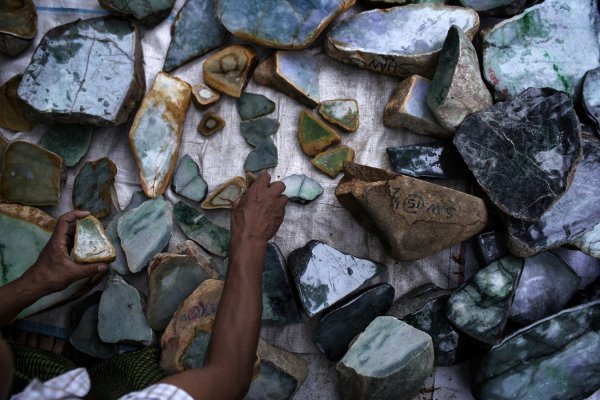