Have you ever taken money from your kids’ piggy bank or savings account? Lots of parents have, and many do it without guilt. Yet this practice may breed mistrust, rob your children of valuable practice managing their own money, and imply approval of what most would describe as bad behavior.

Nearly one in three parents admit to “borrowing” from their kids’ piggy bank, according to the latest T. Rowe Price Parents, Kids and Money survey. A different survey last year from money website CouponCodes4u found that half of parents occasionally raid their kids bank account, and that half of those who do feel no guilt. Half also said they never paid back the “loan.”

Times are tough for many, no doubt. Households struggling with debt and bills may have few other choices than to take cash from the kids. Two-thirds of parents who quietly take money use it to pay monthly bills and debt service, the earlier survey shows. Still, these are stunning findings. For one thing, a third of these parents use the money for family vacations and gifts. That’s not exactly selfish. But it’s definitely more difficult to justify.

The big issue is that often the money is taken on the sly. Some parents, anyway, reason that they are the ones who seeded the piggy bank or savings account in the first place. If the need is great enough, they don’t need permission to take it back. Yet an explanation of whether or when you will replace the money goes a long way. Simply confiscating your child’s funds sends the message that it’s okay to take whatever you need. Don’t be surprised to find your kids, as teens, lifting $10 bills from your purse or wallet.

Raiding the piggy bank without discussion also sends the signal that money is not something to talk about at home—which is an antiquated notion. Your kids will come of age in a time without financial safety nets and only limited job opportunity and security. They would benefit immensely from straight talk about saving, investing and budgets–and financial struggle.

Most parents (74%) avoid talking about money at home because they don’t want to worry the kids—not because they see themselves as financial failures with little knowledge to pass on (28%), T. Rowe Price found. So most parents would seem to have the ability to have this talk. Most (69%) also say they are concerned with setting a good financial example.

Yet their poor example goes beyond stealing from the piggy bank. Nearly half of parents bribe their kids to incent good behavior. In such households, kids may grow up believing they deserve money just for doing the right thing; it may lead to even more crying and more temper tantrums down the road as the little moneygrubbers look to be bought off.

In most parts of society, stealing and bribery are jailable offenses. Not at home with your kids’ piggy bank. But it’s probably behavior you should avoid anyway. 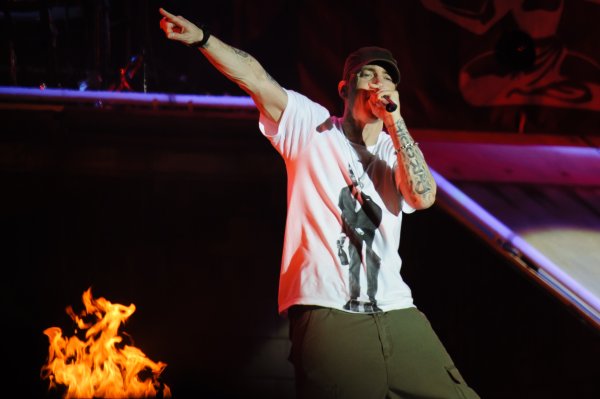 Eminem, Outkast Tapped to Headline Lollapalooza
Next Up: Editor's Pick