It’s not always easy to define the elements that combine to make a great performance, but when you see one, you know. On Valentine’s Day, just under a year ago, I sat in a small screening room in London’s Soho enthralled, amazed and disturbed by such a performance. A longtime friend, Anton Corbijn, had invited a few of us to watch a roughcut of the movie he had directed and was now editing, A Most Wanted Man, based on John le Carré’s novel of the same name.

Anton’s presence was a little distracting. You knew when the lights went up, you’d have to be ready with a judgment. The quality of his first two films, Control and The American, suggested this wouldn’t pose any serious problems of diplomacy. Even so, I was unprepared for the power of A Most Wanted Man or of its central performance, by Philip Seymour Hoffman.

He plays a man so battered by the world that he should have retreated into cynicism, yet somehow he cannot retreat. He is hardbitten, yet exposed; street-savvy, but horribly vulnerable. As a thrilling spy yarn, the plot keeps you on edge through every twist and turn. Yet it was the human story, Hoffman’s story, that proved most compelling.

When the lights came up, I told Anton that he’d made a fantastic movie. But I also begged him to change a moment of screen time, something I can’t describe without being guilty of a spoiler. I had so completely bought into Hoffman’s character, in all his shambling, flawed humanity, that I wanted to play god, play Anton, and protect him. I wish someone could have done that today.

A short scene from A Most Wanted Man, due for release later in 2014: 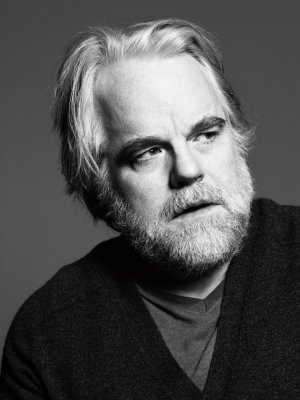 Actor Philip Seymour Hoffman Dead at 46
Next Up: Editor's Pick