Maestro of The Mike

Omaha! lasts only 6 1/2 minutes, but on radio it must have sounded like forever. A spoof of Oklahoma!-style Broadway musicals, it features an overture, a story and three original, fully orchestrated songs, including one in which a chorus of townsfolk implores the “Omaha moon” not to shine on Council Bluffs. Only in the last minute does the reason for this lavish parody become apparent. Omaha, Neb., it seems, is the hometown of Butter-Nut Coffee. Omaha! is a commercial.

In the 1950s, when the hard sell was hard to avoid, Stan Freberg came along to show Madison Avenue that the commercial could be a miniature work of art–and sometimes of daring. Freberg pitched Meadowgold milk in the style of Gilbert and Sullivan, hawked Pittsburgh paints with a takeoff on Moby Dick, and decked out Ann Miller with a Busby Berkeley chorus line to trumpet Heinz’s Great American Soups. He produced radio ads for the McGovern-Hatfield amendment to end the Vietnam War and, perhaps even gutsier, persuaded Pacific Airlines to let him do a series of ads poking fun at how people are afraid to fly.

A chance to hear all these commercials collected for the first time is one reason to hail the new boxed set of Freberg’s work from Rhino Records. But that’s only part of the delight awaiting both fans and nonfans of Freberg, who has as much claim as anyone to the title of Great American Satirist.

The son of a Baptist minister, Freberg grew up in South Pasadena, Calif., and got into radio right out of high school. After doing cartoon voiceovers and helping create the kids’ TV series Time for Beany, Freberg scored his first big success with the 1951 comedy record John & Marsha, in which all the heartache and melodrama of soap operas were distilled into a two-minute dialogue made up of just two words: John and Marsha.

The record was a Top 40 hit and launched Freberg on a burst of satiric inspiration. He shadowed the pop-music hits of the day with his own meticulously crafted parodies. Doing most of the voices himself, Freberg skewered the schmaltzy Johnnie Ray and the early Elvis, made fun of gabby folk singers (Rock Island Line) and Harry Belafonte’s calypso shout (Banana Boat). Freberg’s parodies were notable not just for their dead-on mimicry but also for the sophistication of their musical commentary. A jazz lover, Freberg fought a rearguard action against rock ‘n’ roll, which he considered undisciplined and musically simplistic. Only Freberg would have had the idea to satirize the Platters’ Great Pretender by focusing on the hipster studio pianist who’s forced to play the boring “clink clink clink” accompaniment. His critique of mush-mouthed rock ‘n’ roll culminated in 1960 with The Old Payola Roll Blues, in which Freberg takes on the whole ethos of rock and dismisses it as a fad that will pass once payola ends. Satirists can be wrong too.

Freberg was an enormously talented composer whose intricate rhymes and uncanny ear for song styles would have made him a Tin Pan Alley success even without the satire. On his great United States of America album, Freberg portrayed Ben Franklin as a prickly conservative who balked at signing Tom Jefferson’s Declaration of Independence. The two founding fathers sing a number that includes this exchange:

Jefferson: You’re so skittish/ Who possibly could care/ If you do?

Freberg’s parodies continue to gleam even as their subjects fade into history. Arthur Godfrey, the hugely popular star of 1950s radio, was the target of a 1953 Freberg cut, never before released but included in the boxed set. Godfrey may be all but forgotten, but Freberg’s gag about his obsequious sidekick, who answers every comment with a knee-jerk, “That’s right, Arthur,” sums up a century of show-biz sycophancy.

Freberg–who at 73 is living in Los Angeles and still does a syndicated radio show–likes to recall that St. George and the Dragonet, his chart-topping parody of Dragnet, was a big hit in Australia even before the TV show was seen there. Later, when it finally arrived, an Aussie fan came up to Freberg and marveled, “Somebody has gone and built a whole TV show around your record!” For a satirist, that’s the Academy Award. 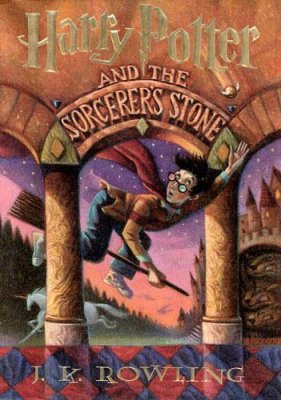 Books: Wild About Harry Potter
Next Up: Editor's Pick