Phil Bergerson’s book Shards of America explores the culture of the United States through an investigation of its streets. In twenty years of road trips across America, Bergerson photographed window displays, everyday objects and street scenes in a formalistic, documentary style. The resulting book is a unique look at the things that make up American society. TIME spoke with Bergerson as he is working on his second book, Sublime Encounters, to discuss his process and inspiration.

Although he is from Canada, Bergerson was drawn to photographing America because “Americans seem to have no problem speaking what they think, at any time, and will actually put it out in public for all to see, and in my case, to photograph. I was really drawn to that American bravado because it allows you to see what’s underneath a lot of things that as Canadians we might be restraining ourselves from actually addressing. I think of myself as being the empathetic neighbor, viewing it as best as I can and perhaps giving some insight into it for others.”

By documenting the things that people are putting out in public, Bergerson’s photographs give the viewer insight into deeper, unintended meaning.

“I think of my photographs as messages,” Bergerson said. “People are trying to reach out and address something that’s personal to them or is disturbing them in some way. Sometimes they’re communicating without knowing what they’re communicating. Other times, they’re really direct and are addressing something political, or a social struggle that they’re going through. And I feel, about a lot of things that I’m photographing, that I’m sort of a conduit for people who are trying to communicate. And a number of times, it really works in a beautiful way.”

Phil Bergerson is represented by Stephen Bulger Gallery in Toronto. His first book, Shards of America, is available on Amazon. Bergerson is currently in the final stages of producing his next book, Sublime Encounters. 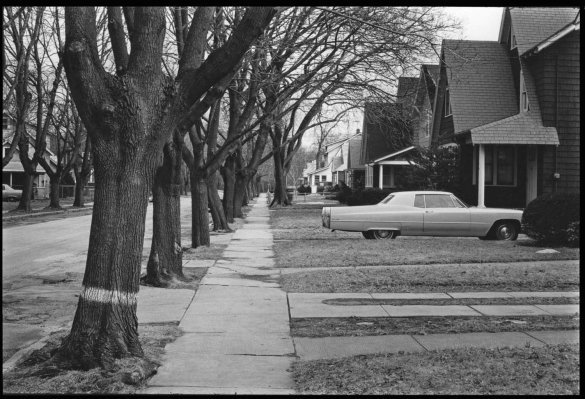