How to Make Cold Brew Coffee

Move over, pumpkin spice latte—the hottest trend in coffee these days is cold. Cold brew, that is.

This isn’t iced coffee, which is hot coffee or espresso allowed to cool and then served over ice (or whipped up in a blender with milk and sugar-laden syrups and topped with whipped cream). Cold-brew coffee is exactly what it sounds like, brewed by steeping coffee in cold water rather than hot. And, like another trend—we’re looking at you, bone broth—it’s a tried-and-true classic that is back in vogue.

Proponents of cold-brew say that because the grounds aren’t exposed to hot water, the resulting coffee is more flavorful and nuanced and less bitter than hot coffee. (Here’s some science around why, if you’re so inclined.)

Read more: Best and Worst Foods for Your Teeth

“Cold brew is one of the easiest ways to brew coffee around,” Michael Phillips, director of training for Blue Bottle Coffee, tells Health. “If you have a bucket and some form of strainer or cheesecloth, you’re all set.”

Here’s a step-by-step tutorial from Phillips:

“A simple way to get a good ratio of coffee to water is to use one pound of coarsely ground (French press grind setting) coffee for one gallon of water,” Phillips says. A lighter-roast coffee will be fruitier and will work better for a longer steeping time; darker roasts are earthier. Phillips recommends starting with filtered water: Water is “the majority of what’s in the final cup, so if it doesn’t taste good to start, the brew won’t taste good in the end.”

Put the coffee in a large, clean container (Phillips recommends glass; it’s the easiest to clean and will not leave any flavor in the brew). Pour in a gallon of water, taking care to get all of the coffee wet. “I like to give it a good stir after 10 minutes to allow all of the grounds that were floating at the top to sink down to the bottom,” Phillips says. Cover the container with something breathable, such as cheesecloth, so no dust settles into it, and let it stand at room temperature for 12 to 24 hours.

Set a strainer lined with cheesecloth or a paper filter on top of a clean container (this is the one that will be used to store the coffee) and pour in the coffee mixture.

Cover and refrigerate the brew for 4 to 5 days. It’s a concentrate, so when you’re ready to drink, pour some of the brew into a cup and add some cold filtered water. How much you add depends on how strongly you brewed your cold-brew and how strong you like your coffee. It’s best served cold. Tip: Cold brew “also makes for a really easy-to-use ingredient for cooking to get coffee flavor into baked goods or even cocktails,” Phillips says. 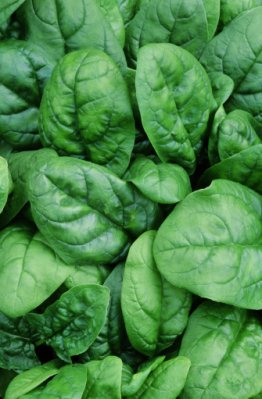 What a Massive Spinach Recall Teaches Us About Food Safety
Next Up: Editor's Pick