How to Get the Most Out of Having a Mentor

Three Dog Night got something right when they sang, “One is the loneliest number that you’ll ever do.” And as entrepreneurs we pretty much feel that’s the number we’re doing most of the time. Yet, when we do have someone come along who is willing to take us under their figurative wing, we don’t know how to make that relationship as beneficial as it could be — either for ourselves or our mentors.

I can trace almost every major success in my career to one of my many mentors. One turning point after another has been because someone who walked the path before me took an interest in seeing me succeed.

I’ve taken many entrepreneurs and writers under my wings too. Not as a way to “give back” but as a way to nurture the talent and voices that are going to be part of creating the world I want to live in.

I welcome mentors and protégées, if for no other reason than because working with them means entrepreneurship will never be lonely. But working with a mentor can do far more, for both of you, than not being stuck with that loneliest number. Here are seven suggestions for making that time-honored relationship as beneficial as possible for all concerned.

1. Only statues look good on pedestals.

Mentors are role models, not idols. They can’t do much for you stuck up on a pedestal. To benefit from having a mentor in your life you need to believe that you can do what they have done. Respect is vital, but idolatry blocks your ability to see yourself stepping into their shoes.

Related: How to Find the Right Mentor for Your Startup

2. Beware the roadmap that doesn’t allow for alternate routes.

Mentors have gone where you want to go, but that doesn’t mean you’ll get there the same way. They have different talents and preferences. They have had different experiences and opportunities. And things have changed since they were at the point in their path where you are now. Do not expect that you will follow exactly the same steps they took to get where they are.

3. You’re not applying to be their Mini-Me.

Mentors are investing their time, their energy, their belief in you. The real you. The you that wants to do something they’ve done or get to where they are, but not become someone you aren’t. Imitation isn’t really flattery, it’s fake. Don’t do it.

Mentors leave stuff laying around all the time. Their notebooks, their phones, bits of their brains. I’m going to assume you wouldn’t take their notebook. Or their phone. That’s stealing. So don’t steal their words or their ideas, either. Use their work to inspire your own, you’ll both get far more benefit from the synergy and mutual inspiration than you could ever get from pretending their words or ideas originated with you.

5. No one can be everything to anyone.

Mentors have a lot to share, but don’t ask them to fill roles that they aren’t suited for. They aren’t there to fill the role of your parents, or your drill sergeant. They aren’t there to coddle you or hold you accountable. They also aren’t your coach or your consultant, although you may well get some of the same benefit. They aren’t even likely to be your mentor in all aspects of your business. A writing mentor may not be suited to mentor you in leadership, for instance. Know what you need to learn from your mentor and focus your expectations and energy on that.

6. They’re your mentor, not your rival.

Mentors aren’t going to stop growing just so you can catch up. And a good mentor isn’t going to be interested in competing with a protégée, anyway. But if you are playing the comparison game, chances are that even if you surpass your mentors in some areas, you’ll never catch up to them in others. Celebrate your own progress and be grateful that you have a mentor who is staying ahead of you on the path, because they can continue to make your way easier and faster to travel.

Mentorship isn’t a forever thing. They’ll always be your mentor, in the same way that your parents will always be your parents; what they’ve instilled in you is part of your lineage now. But they won’t always be actively mentoring you. Your needs will change, and where they are on their path will change. And the time will come when they are no longer going somewhere you want to go. Know when it’s time for them to take someone else under their wing – and perhaps you’ll be ready to spread your wings wide enough to shelter a protégée or two. 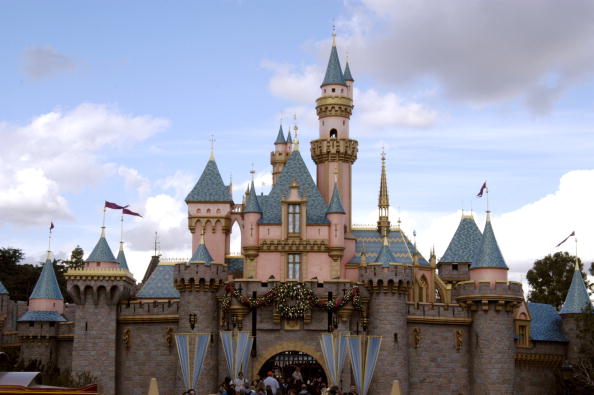 6 Ways to Make Others the 'Happiest People on Earth'
Next Up: Editor's Pick