Hillary Clinton made her first pitch for the 2016 election standing in front of an American flag in Iowa the size of a local barn. An ebullient crowd of more than 5,000 Democrats was gathered for Iowa Senator Tom Harkin’s annual steak fry last September, hay bales, pumpkins and barbecue abounded. “It is true,” Clinton said, coyly, of the rumors about her candidacy, “I am thinking about it.” The audience roared. “It’s really great to be back,” she went on. “Let’s not let another seven years go by.”

Seven months later, Clinton is packing her bags and returning to Iowa, and this time there won’t be any coyness about her ambitions. Clinton announced her campaign on Sunday with a video message on social media. Next, she’ll head back to the first-in-the-nation caucus state as the Democratic front-runner by a country mile, with sizable leads against most of her potential Republican opponents. She’s still a seasoned politician with a deep network of donors and allies and a well-funded apparatus of grassroots groups eager for her to enter the race.

But nothing goes smoothly on the road to the White House, a lesson she learned the hard way in her failed bid to secure the Democratic nomination in 2008. In the long 15 months before the Democratic National Convention, Clinton could face a rising threat from the progressive wing of her party in the form of polished former Governor Martin O’Malley of Maryland or deeply liberal Senator Bernie Sanders. Though both are still long shots, they could force her to compete for support from the liberal base, potentially hurting her chances in the general election.

Even after the primary, Clinton still faces uncertainty on the campaign trail. Her longtime coziness in the ritzy Washington-to–Wall Street Acela corridor could drive away many voters, and her Republican opposition researchers are already spending millions to dig up unsavory crumbs from her past as fodder for negative television ads.

Above all, however, Hillary Clinton will struggle against the inevitability of her own campaign, the messianic pull of an office that has long eluded her and could once again be out of reach.

“Inevitability as a message is a bad message, especially when it becomes clear you’re not as inevitable as you thought you were,” says Anita Dunn, Democratic strategist and former senior campaign adviser to President Obama. Clinton, however, “has learned that nothing in politics is inevitable.”

Compared with other nominees in the Democratic field, Clinton certainly looks inevitable. O’Malley is polling at 1% and Sanders is at 4% compared with Clinton’s 66%. She also holds a remarkable lead over her likely GOP opponents, beating out former Florida governor Jeb Bush 54% to 40% in a matchup, and with even larger margins over Texas Senator Ted Cruz, Wisconsin Governor Scott Walker and Florida Senator Marco Rubio. Though her favorability dropped over the past month after the controversy over her private email account, she still commands a solid approval rating among voters. No candidate in recent memory has faced such a wide-open field on the opposing side.

Part of Clinton’s appeal comes from her exhaustive knowledge of Washington institutions. It would be hard to name another politician who has her varied experience. She’s been in the White House (as First Lady), a legislator (as Senator from New York) and a top diplomat (as Secretary of State). She’s visited at least 112 countries, helped broker peace agreements and sponsored more than 400 bills in her eight-year Senate tenure. Former Yahoo CEO Scott Thompson couldn’t fake a résumé that sparkles like that.

But polls aren’t destiny, as Clinton learned the hard way in 2007. It will be easy for her to fall into the same traps she did running against Barack Obama eight years ago, when her campaign seemingly snatched defeat from the jaws of victory. This time, she will have to fight like an underdog if she wants to win the presidency.

Dissatisfaction is already brewing among some Iowa progressives. Clinton has yet to court Hawkeye voters this year, even while O’Malley and Sanders have both made extensive tours in the state. It was Iowa, after all, that put Clinton on the road to defeat in 2008, when Barack Obama campaigned heavily and won the loyalty of heartland progressives. If Iowa voters again view Clinton as indifferent, she could embolden a progressive challenger.

And while Clinton’s experience makes her a promising leader to her acolytes, many voters view her as a cozy Washington insider, a Westchester elite in bed with New York banks and D.C. lobbyists. And though she is known among close friends and family to be to be warm and loving, Clinton has had trouble connecting with voters on the campaign trail. In 2008, after a tough loss in the Iowa primary, Clinton showed voters a more personal side. Her challenge is to make voters see her as a confidante and a listener from the get-go.

Assuming Clinton wins the nomination, she’ll face a battle-tested Republican opponent who will be in tip-top shape to take on the Democrats. But supporters argue that even without a major primary fight, she’ll be ready too.

“She’s going to be challenged every single day from two sides: by a strong field of GOP competitors, and the media,” says Ben LaBolt, a Democratic strategist who was a press secretary on President Obama’s re-election campaign. “Through that, she’ll be plenty battle ready.”

Read next: Five Other Women Who Ran for President 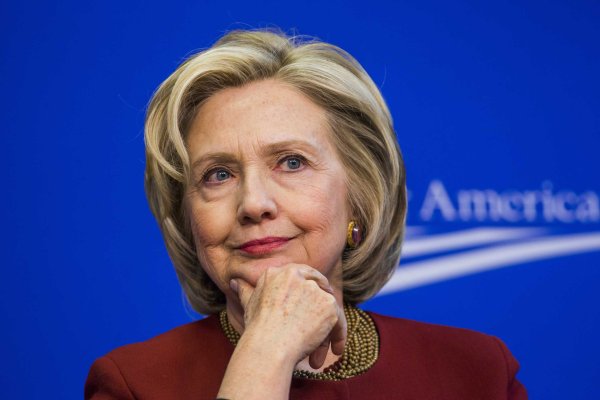 Hillary Is In
Next Up: Editor's Pick