This Book Perfectly Captures All Your Insecurities About Dating

It’s rare to pick up a book that perfectly captures love in the digital age, but that’s exactly what Neel Shah and Skye Chatham’s all-too-realistic novel succeeds in doing.

Through the strings of email chains and forwarded texts that comprise Read Bottom Up, readers meet Madeline and Elliot, a couple whose meet cute at a restaurant spirals into an over-analytical relationship that any millennial will be able to relate to. Though the format may sound gimmicky, there are real insights here: anyone who has dated with technology will recognize themselves, or someone they’ve dated, in these pages.

TIME talked to Shah, 32, an LA-based screenwriter, to learn about his writing process and skeptical take on texting and romance.

TIME: Tell us how you decided on this medium—screenshots of texts and emails.

Neel Shah: I have a friend in New York, and every time we would be dating people, she would always forward me emails or texts from a guy, and I would do the same with her, and a lot of times we had different takes on what the texts or emails meant. One time specifically she forwarded me this email chain from a guy, and she was like “Isn’t this great, it looks like he wants to take this relationship to the next level,” and I read it and it almost seemed as if he was breaking up with her. Now so much of dating is done online—not even just via apps, but texting and emailing is such an important part of how people court, and I felt like it had not been captured in a way that felt real.

You’ve said you and your co-author both composed your parts totally separately, right?

We wanted to make it feel like people in a real relationship. And we realized the easiest way to do that that was for my co-author and I to pretend we were in a relationship. We set up our own email accounts for our characters and did the whole thing blindly. We figured out the rough beats of their relationship, but everything else we didn’t really plan. We wrote the whole thing as if we were conducting a relationship in real time, and I didn’t show her any of my responses with my friend, and she didn’t show me any of her responses to her friend until the very end. But generally all the responses and their micro-analysis was all done blindly.

Do you have a real male best friendship that resembles this one?

I actually do, his name is David. It’s weird—for me, those conversations that are real and vulnerable don’t really happen in person. But when it’s just a Gchat or a text I find it a lot easier to emote and talk about feelings in general. Digital makes that stuff a lot easier for guys. I would think girls generally do have those conversations a lot more in person. Even with my group of guy friends now, I’m on tons of text and Facebook message threads, talking about relationships and feelings.

Was part of your goal with this to create a kind of time capsule for how people conduct relationships?

When I was in New York I dated a girl for a few years and I remember so much of our initial courtship, and so many of our fights happened on email. I typed her name into my Gmail inbox now and I have this long, archived rundown of what exactly our relationship was, and it’s very accessible. I think most people probably have that in their inboxes. And it’s so acceptable. And I imagine that that won’t be the case as people get older, and those types of longer correspondences will move away from email. Especially now, after that Sony hack, people are more wary of putting things down on paper than they were before. This book feels specific to a place and time, but in a way that I am very fond of, and want to capture.

What do you think this book says about dating, and how we communicate in general?

I can almost tell immediately whether I’m going to like a girl or not based on how we text. Sometimes there’s this definite disconnect between the person you can pretend to be and the person you actually are, which makes dating a little difficult. What this says about dating in general, I can’t tell if it’s a really a good thing or bad thing ultimately.

The fact that it becomes so easy to date people, multiple people, to fire off a text and email, to literally dozens of people a day, that type of stuff is a little unseemlier and it’s harder to tell whether it’s a good thing or not. To me it feels easier in a way that is probably not good.

Did you notice certain male tendencies or flaws? Was this a chance at self-improvement for you?

It does make you aware of your own behavior. This book is only going to be successful if it feels relatable and real. I think Elliot in a lot of places is a doofus: he’s a very specific type of guy, he’s not an outright liar but he can be a little bit unseemly and slippery in a way that I certainly have been guilty of. But for sure, I do think that getting older, you feel like you don’t have to put on a pony show for every girl you meet because sometimes that can lead to people feeling like you really like them, even if you don’t, and that’ll lead to people’s feelings getting hurt. Just trying to be more honest with yourself, if that makes sense.

Can you boil all this down to three tips for dating?

1. Sometime people you have the best text chemistry with are horrible matches in real life. Kind of a bummer, but true.

2. Girls like plans. Like with time and location and stuff. (“Yeah we should totally do something!” isn’t a plan, unfortunately.)

What do you think about friends who want to stalk people you’re going out with?

You don’t need to be doing that so early. Just calm down, everyone just take a breather. There are definitely benefits. It’s very easy to go on someone’s Facebook or Instagram page and you can tell pretty soon if that’s someone you’re going to like or not, or at least whether that persona is someone you’d like.

Sometimes not being so stalkery and parsing every single thing you can find on every single social media platform is really good. Sometimes even people who are now dating who I know, initially they were like, “Oh yeah you know, we didn’t have great chemistry on text or email and then we went out and it was actually really good.” Sometimes, you have to go meet them to figure out if you’re going to like them. That’s something I’m so bad at doing. I will discount someone if I don’t feel like we have good banter chemistry, but I’m also single and there’s a reason for it. 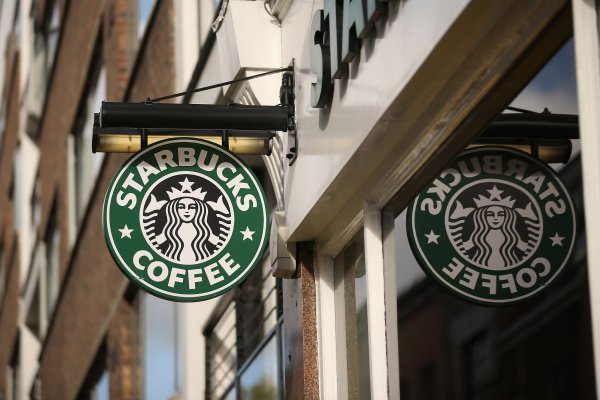 This Is The Most Popular Place to Have a First Date
Next Up: Editor's Pick