ISIS Defeat Must Be Political

Stop us if you have heard this before. Gruesome beheadings and torture dominate headlines. Violence is steadily escalating across Iraq. But our military advisors are optimistic: Ancient tribes are banding together to fight back, sectarian military and political leaders are being replaced, soldiers are gaining skills and confidence with their American trainers, and our special operations forces are eliminating the majority of the terrorist leaders.

That is the story in Iraq today. If it sounds familiar, that’s because it is exactly what we all heard in 2007, as we entered the surge.

In Congress today, debating how wide or narrow the president’s new Authorization for Use of Military Force should be misses the point. It is clear that we can achieve military success against ISIS — we already are, just as we had great military success during the surge. What we need is a political strategy to ensure the peace, so that we will not repeat the diplomatic failures of the post-surge years that have drawn us back into Iraq just four years after we left.

Fundamentally, the problem in Iraq today is not a military failure but a political one. The Iraqi Army did not collapse in the face of ISIS because they were poorly trained; they put down their weapons and went home because they had lost faith in their increasingly sectarian government. If Iraq cannot build a government its people can trust, then it will never have an army that can defend its own borders and protect its own people. Yet rather than address this political issue with exactly the kind of mentorship and influence that Ambassador Ryan Crocker and General David Petraeus called for at the end of the surge, we are focused on sending more military trainers to Baghdad.

Let us be clear: ISIS is a serious national security threat. It has brutally killed Americans abroad, and made clear its intention to kill Americans here at home. We must find a strategy to deal with it and other terrorist groups — but it has to be a long-term, sustainable strategy, built not just on isolated military victories but on long-term political unity against this generational threat to the world community.

There is reason for hope. King Abdullah of Jordan, President Ashraf Ghani of Afghanistan, and other leaders are working on a conference of Middle Eastern powers to address the growing threat of transnational terrorism. And, shocked by January’s gruesome murder of a Jordanian pilot, people throughout the region are generally supportive of a unified effort against ISIS that recognizes the group’s members for what they are: barbarians.

Our strategy must support this effort, and while there will inevitably be a military component, it is the political strategy that is far more important because only a political solution can guarantee we will not be back again four years from now fighting this war a third time.

The political strategy must achieve an objective we failed to secure after our military success in the surge: a non-sectarian Iraqi government that endures. The Iraqis must address some level of Kurdish autonomy, confront the role of Shiite militias that exacerbate sectarian tensions, and make sure that Sunnis have a stake in the Iraqi government. A serious political strategy puts the Iraqis on a path toward stability and ensures our troops’ efforts won’t be in vain.

Only when we have a clear strategy in Iraq should we focus our attention on providing the necessary congressional approval to implement it. In other words, our strategy should dictate the breadth of our war authorization, not the other way around.

Many American troops, including both of us, fought hard leading up to and during the surge, and after years of risking our lives and too often seeing friends wounded and killed, we helped set the conditions for long-term progress. Even when we shifted to transitioning with our Iraqi military partners, we never shirked responsibility for the mission’s success. Like it or not, we need that same level of political commitment to prevent a new vacuum into which ISIS or another terrorist group can grow.

This is a war we can and must win. Let us build a strategy — political and military — that can truly do so. It is what Iraq needs, and what our troops deserve.

Congressman Moulton represents Massachusetts’s 6th District and serves on the House Armed Services Committee and the House Budget Committee. He served four tours of duty in Iraq as a Marine infantry officer, and was selected by General David Petraeus to lead tribal reconciliation efforts in southern Iraq during the surge.

Congressman Russell represents Oklahoma’s 5th District and serves on the House Armed Services Committee and the National Security Subcommittee of the Committee on Oversight and Government Reform. He is the author of “We Got Him! A Memoir of the Hunt and Capture of Saddam Hussein” and served 21 years as a combat infantry officer in the U.S. Army. 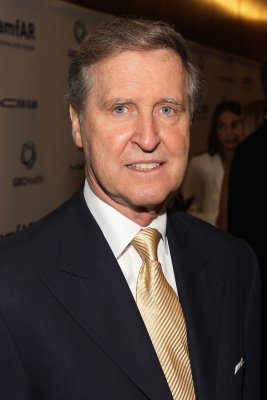 President Obama Has Put Republicans and Our Allies in a Box
Next Up: Editor's Pick