Family of 8 Killed by Carbon Monoxide Poisoning in Maryland

Lloyd Edwards, left, and Bonnie Edwards, the stepfather and mother of Rodney Todd stand outside the home where Todd and his seven children found dead Monday, April 6, 2015, in Princess Anne, Md.
Juliet Linderman—AP
By NBC News

A father and his seven children found dead inside a Maryland home were poisoned by carbon monoxide from a generator they were using because they could not keep up with their electricity bills, relatives and a friend said.

Rodney Todd Sr., 36, and his seven kids, aged 6 to 16, were found by officers in the southern Maryland peninsula town of Princess Anne on Monday, police said.

Todd’s mother and stepfather, Bonnie and Lloyd Edwards, told The Associated Press that a utility firm had cut off his electricity because of an outstanding bill.

“To keep his seven children warm, [Todd] bought a generator,” Lloyd Edwards told the AP. “It went out and the carbon monoxide consumed them.” 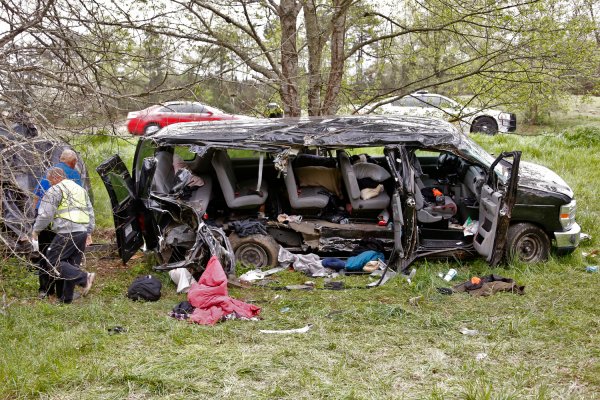