Chicago's mayor and candidate for re-election Rahm Emanuel, center, calla a voter on a mobile phone to remind them to vote during the election as he sits with his campaign workers April 6, 2015 in Chicago, Illinois.
Joshua Lott—Getty Images
By Dan Kedmey

Emanuel holds a solid, double-digit lead over Garcia as Chicagoans take to the polls on Tuesday, CNN reports, but analysts have not ruled out a surprise upset by Garcia, who has gained traction among voters in lower-income neighborhoods who feel pinched by the city’s sluggish economic growth.

Emanuel secured 47% of the vote in the initial round of voting in February. 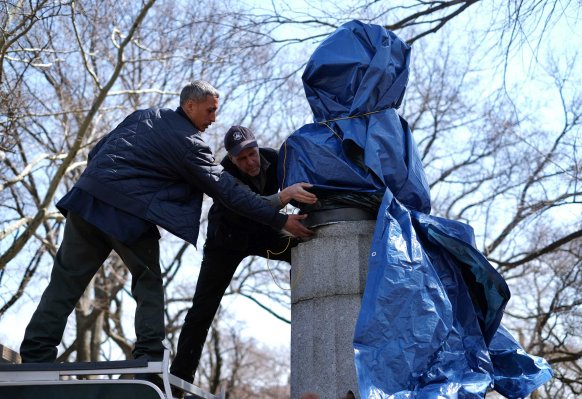 Edward Snowden Statue Taken Down
Next Up: Editor's Pick