What's Next for Duke and Coach K?

Duke coach Mike Krzyzewski won his fifth NCAA championship Monday night; only UCLA’s John Wooden, with 10, has won more titles in the men’s college game. Coach K guided the U.S. men’s team to the last two Olympic gold medals, the last two world championships and will go for another Olympic gold in 2016 in Rio. This season, he reached his 12th Final Four, tying Wooden for the most appearances ever, and also became the first men’s coach in Division 1 history to win 1,000 games. He’s 68 years old.

Over the past few weeks — and especially as Duke cut down the nets Monday night after beating Wisconsin, 68-63, in the national title game — I’ve been thinking too much about one question: Who’s going to replace Coach K?

I know, nice timing: we just finished a pretty great championship game, and I’m pondering Krzyzewski‘s exit, which seems at least a few years away. Duke looked done, as Wisconsin had a nine-point lead in the second half. The team’s future NBA draft picks, freshmen Jahlil Okafor and Justise Winslow, were on the bench with foul trouble. But freshman guards Tyus Jones and Grayson Allen took over, and once Okafor got back into the game, he woke up and took over down the stretch. Duke’s defense improved, the Blue Devils got a little assistance from the refs — shocking — and, suddenly, Duke broke Wisconsin’s heart.

Fresh off this drama, why in the world am I wondering what Duke will look like three, five, maybe seven years down the road? Krzyzewski’s been winning plenty lately. He seems sharp and energized. But Duke’s post-K future is so intriguing because it doesn’t just concern the intramural college coaching carousel. No, it’s one of the higher-stakes succession stories in American business.

Like it or not, Duke is a sports dynasty that generates millions of dollars, and stirs the passions of millions of loyalists — and haters. Coach K has built a consequential enterprise. Maybe he gets too much credit for “the program.” But it’s developed in his image. Can anyone live up to him?

Following Coach K will be a rough gig. Wooden’s successors, for example, struggled in his shadow. But that doesn’t mean a crew of Krzyzewski’s former players and assistants aren’t positioning themselves for that prize. A current K assistant, Jeff Capel, already had some success coaching Blake Griffin at Oklahoma. He’s likely on his way to Arizona State: if he can win there, he’s a prime candidate. Former Duke assistant Mike Brey, whose Notre Dame team almost made this year’s Final Four, would be in the running. So would former Duke player and assistant coach Tommy Amaker, who has made four straight NCAA tournament appearances as head coach at Harvard. Amaker’s former teammate Johnny Dawkins has had mixed success at Stanford: the Cardinal just won the NIT, which is nice. But that means Stanford didn’t make the Big Dance.

Chris Collins and Steve Wojciechowski, another pair of former Duke players and assistants, are just getting their head-coaching careers started at Northwestern and Marquette, respectively. And what about Bobby Hurley, the all-time assists leader in Division 1 men’s hoops, and maybe Coach K’s favorite player ever. He’s a hot coaching commodity after leading Buffalo to this year’s tournament. Will he be ready for Duke in a few years?

Will Duke ever be able to cut down those nets on a Monday night, without Mike Krzyzewski on the ladder? 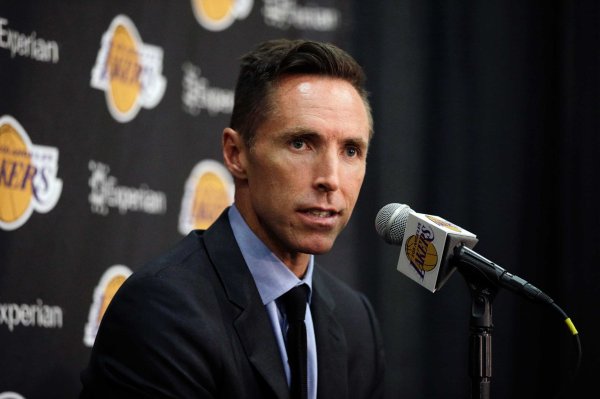 The NBA Is Going to Cuba for a Basketball Clinic
Next Up: Editor's Pick