16 People Were Murdered Every Day in El Salvador in March

An army soldier guards a crime scene after eight people were shot dead in Quezaltepeque, El Salvador, on March 30, 2015
Reuters
By David Stout

El Salvador recorded more murders in March than in any other month during the past decade, as gangland violence and drug trafficking continue to ravage the nation of 6 million.

Citing figures from the country’s National Civil Police (PNC), the newspaper La Prensa Grafica reports that at least 481 people were murdered in March — or almost 16 a day. The figure represents a 52% increase from the same period last year

The Central American nation has been rocked by renewed bouts of violence after a two-year truce between notorious gangs MS-13 and Barrio 18 collapsed last year.

Following the end of the cease-fire, the country’s security forces have taken a harder line with gang members and drug traffickers. In January, the director of El Salvador’s PNC said law-enforcement officials had the right to shoot suspected criminals with “complete confidence.”

“There is an institution that backs us. There is a government that supports us,” Mauricio Ramírez Landaverde told reporters during a press conference.

Nearly 40 police officers were killed in the line of duty last year. However, analysts say police deaths in 2015 will surpass that figure. 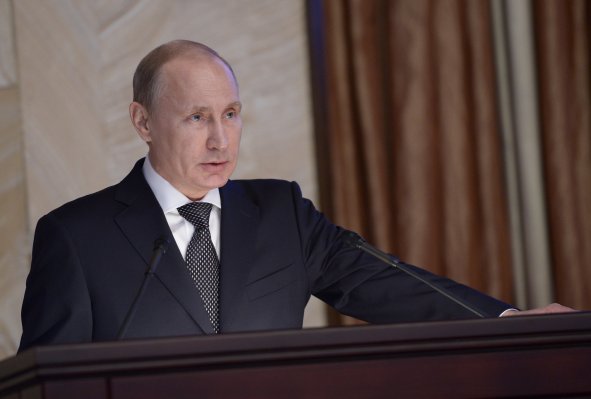 Vladimir Putin Surges to Second in TIME 100 Poll
Next Up: Editor's Pick