A bronze sculpture of Lucille Ball is displayed in Lucille Ball Memorial Park in Celoron, N.Y.
The Post-Journal/AP
By Nolan Feeney

The sculptor behind an unflattering statue of Lucille Ball that has upset residents of the actress’ New York hometown for years has offered to replace it free of charge.

“I take full responsibility for ‘Scary Lucy,’ though by no means was that my intent or did I wish to disparage in any way the memories of the iconic Lucy image,” Dave Poulin said in a letter to The Hollywood Reporter.

Some locals of Celoron, N.Y., where the statue of the I Love Lucy star was unveiled in 2009, even started a Facebook group dedicated to getting rid of it. Poulin said he’ll return “with the promise of creating a new beautiful and charming ‘Lucy’ in its place.” Celoron officials said Poulin wanted around $10,000 to re-do the sculpture, according to the Associated Press.

“From the day of its installation, I have shared my disappointment in the final outcome and have always believed it to be by far my most unsettling sculpture, not befitting of Lucy’s beauty or my ability as a sculptor,” Poulin wrote. “Yes, in retrospect, it should have never been cast in bronze and made public, and I take complete ownership of that poor decision.” 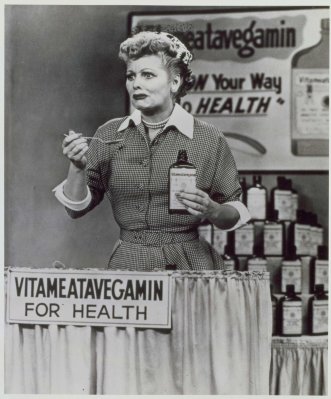