Doctor Who Will Stay on Air for Another 5 Years

DOCTOR WHO, Series 8
BBC One
By Clark Collis / Entertainment Weekly

Doctor Who executive producer Steven Moffat doesn’t actually own a time machine—as far as we know. But that hasn’t prevented him from announcing that the long-running British sci-fi show will stay on the air for at least another five years. According to U.K.’s Radio Times, Moffat told Doctor Who Magazine that the BBC’s plans for the show extend to 2020. “I thought it would last 10 years,” said the exec producer of the beloved Time Lord saga, which was relaunched in 2005, after a lengthy hiatus. “I didn’t think it would last 10 years with BBC Worldwide trying to get me in a room to talk about their plan for the next five years. It’s going to to do a minimum of 15. I mean, it could do 26.”

Doctor Who continues to be a major ratings draw for BBC America. The most recent season was the most popular yet among U.S. viewers, attracting an average of 2.3 million viewers. “Ten years on, our ratings are pretty much the same,” Moffat told Doctor Whomagazine. “Actually, internationally, bigger. No show does that! You’re meant to go down! Doctor Who just stays. It’s extraordinary!”

The new season of Doctor Who is currently being shot in Cardiff, Wales. Last month, it was announced thatGame of Thrones star Maisie Williams will be among the guest stars when the show returns this fall. 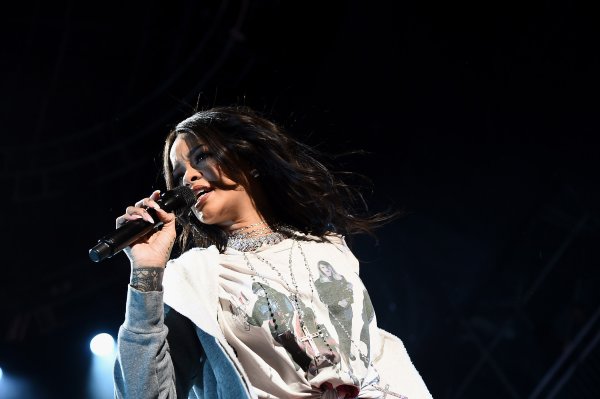 Watch Rihanna Get Political in 'American Oxygen' Video
Next Up: Editor's Pick