The last two known people on Earth born in 1898 have passed away just five days apart, according to the Gerontology Research Group.

Following the death of 117-year-old Japanese woman Misao Okawa last Wednesday, Gertrude Weaver of Camden, Ark., became the world’s new oldest living person at 116 years old. But she passed away Monday morning at the Silver Oaks Health and Rehabilitation Center after complications due to pneumonia, the Associated Press confirmed.

“The record for the shortest reign is four days, and that was Emma Tillman in 2007 at 114 years old,” said Robert Young, director of the supercentenarians division of the Los Angeles-based Gerontology Research Group. “The average title holder keeps the title maybe for about a year. On top of that, we’ve never had two people over 116 years old die in one week before. So now you can close the book on 1898.”

That makes Jeralean Talley of Inkster, Mich., the new oldest living person at 115 years old. There could still be people who are older than Talley, but their claims have not been verified by the organization, which usually requires documentation such as original proof of birth, name change and recent identification.

“I feel good,” Talley told TIME in a Monday evening phone call, aided by her daughter, Thelma Holloway, 77. “I don’t feel sick. I’m still trying to do the right thing is all.”

Aisha Holloway, 39, Talley’s great-granddaughter, who was visiting from nearby Southfield, Mich., described the news as “amazing” and “overwhelming.”

Thelma Holloway said Talley is generally in good health and is still a night owl, awake as late as midnight. “She doesn’t get around like she used to, but she doesn’t have any pains and walks around the house. All she does is sleep and eat.”

Talley has always said the secret to her longevity is two-fold: “do unto others as you desire them to do unto you” and eat lots of pork—specifically hog’s head cheese—which doesn’t contain cheese and is mostly made of pigs’ ears and feet.

She has stayed active over the years by sewing dresses, making quilts, playing the slot machines at casinos and bowling—even scoring 200 in one game before retiring from the lanes at 104 years old, when her legs got too weak. Since then, she has been known to pass the time by watching The Ellen DeGeneres Show and Wheel of Fortune or listening to baseball on the radio. Around her birthday in May, one of her friends, Michael Kinloch, usually takes her fishing for catfish and trout.

Aisha Holloway said that while Talley does not have any hobbies she pursues regularly anymore, she still makes it to church on Sundays. “She’s a very solemn individual. Very quiet, very humble, very sweet.”

As Talley’s great-great-grandson, Armmell, shrieked in the background, she added, “We’ve got a two year old here that keeps her on her toes. She’s very stern with him and will say ‘You get off of there! You’ll hurt yourself!’ It’s amazing to watch an almost 116 year old watching out for a two year old. I think God kept her alive so she can watch over us.” 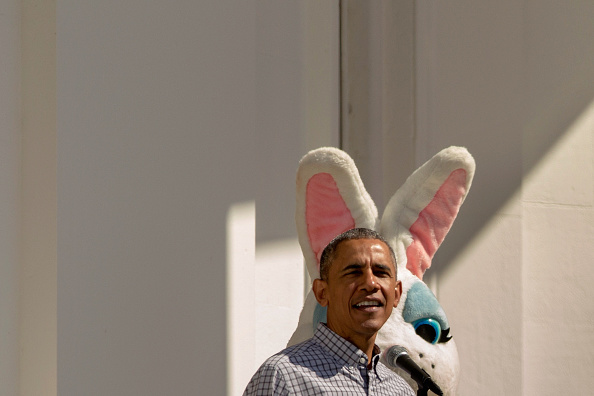 Watch Kids Scream in Horror as a Bee Interrupts Barack Obama at the White House Easter Egg Roll
Next Up: Editor's Pick