With the American Medical Association now urging doctors to treat obesity as a medical condition, physicians should be screening and treating overweight and obesity just as they would any other chronic disorder. But when it comes to figuring out which methods are proven to work best, physicians may find themselves at a loss. Some studies have found that commercial weight-loss programs work about the same when it comes to the amount of weight they can help consumers lose, while others found that low-carb diets beat out low-fat plans.

To make sense of the noise, Kimberly Gudzune, an assistant professor of medicine at Johns Hopkins University, and her colleagues searched the scientific literature for studies on 11 commercial weight-loss programs. In their results, published Monday in the Annals of Internal Medicine, they assessed which ones have the best data to support them. But they also found there weren’t that many studies actually tracking how much weight people on the programs lose.

Gudzune decided to focus on commercial programs like Weight Watchers and NutriSystem, among others. And of 4,212 studies that involved these diets, only 45 were done under the gold scientific standard of randomly assigning people to a weight-loss program or not, and then tracking their weight changes over time. “The majority [of programs] still have no rigorous trials done,” says Gudzune.

According to her analysis, only two programs, Weight Watchers and Jenny Craig, helped dieters to lose weight and keep it off for at least a year. Those on Weight Watchers shed nearly 3% more of their starting weight after 12 months than those not dieting, and Jenny Craig users lost nearly 5%. Other programs, including Atkins, the Biggest Loser Club and eDiets, also helped people drop pounds, but since the studies only lasted three to six months, it’s impossible to know if that weight loss lasted.

The modest weight loss “may be disappointing to many consumers,” says Gudzune, but she notes that weight-management guidelines suggest that a 3% to 5% sustained weight loss is an important first step toward a healthy weight. “Even that small amount of weight loss can help to lower blood sugar, improve cholesterol profiles, help to lower blood pressure and ultimately prevent things like diabetes,” she says.

“Would 6% or 8% or 10% of body weight lost be better? Yes, but it’s not like the interaction is totally linear,” says Gary Foster, chief scientific officer of Weight Watchers International. Over time, weight-loss rates may change, and other studies show they typically slow after the initial blush of success.

Modest weight loss can also seed good eating habits that can keep weight loss going, or maintain weight at a healthy level. “Modest weight loss on average can translate to a big public-health impact” on the obesity epidemic, says Dr. Christina Wee, associate professor of medicine at Harvard Medical School and director of the obesity-and-health-behaviors research program at Beth Israel Deaconess Medical Center. Fewer overweight and obese individuals mean fewer cases of diabetes, heart disease, hypertension, joint disorders and more. So for doctors faced with advising their patients on how to best manage their weight, these are the first bits of evidence that some commercial programs — Weight Watchers and Jenny Craig — might be better than others in helping patients to slim down and stay that way.

Still, a larger robust bank of evidence-based studies is needed. Typically, studies follow dieters for about three months, during which most people are likely to lose the most weight because they are more motivated and simply because they are in a study and feel obligated to follow the diet. That’s another problem with the studies on diet programs, says Wee. “When trying to do a scientific study, researchers don’t want too many things going on at the same time, so they end up with a design for the study that doesn’t reflect the real world,” she says. “So the result is the result from an artificial setting.”

Another factor that makes studying diets tricky is the fact that participants are assigned a diet. In real life, people tend to try a weight-loss program of their own choosing. When they find that it doesn’t fit with their lifestyle or personality, they try another. They may be more successful with their second or third choice, but in a study, they would fall into the failure category if they didn’t lose the target amount of weight on the first program.

“Now that obesity is coming under the medical umbrella, it’s really going to put more pressure on whether commercial programs or medical clinics have really good evidence to show their programs are effective,” says Gudzune. “For so long obesity was just in a no-man’s land, which I think did it a disservice because it didn’t push the industry to have better scientific evidence on what works and what doesn’t work.”

And it’s not just physicians seeking this proof. With the Affordable Care Act now covering obesity screening and counseling, and providing incentives to states to reimburse for comprehensive obesity treatments, it’s critical for insurers and policymakers who decide which weight-loss programs are worth paying for and which ones to deny.

Read next: Popular Diets Are Pretty Much the Same for Weight Loss, Study Finds 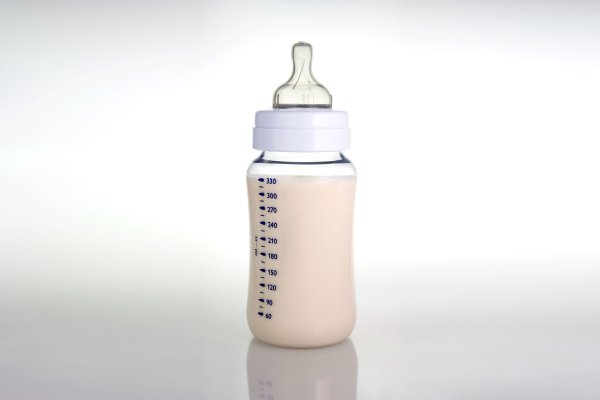 This Is What's Actually in Breast Milk Bought Online
Next Up: Editor's Pick