Bakery owner Marjorie Silva, who refused to write hateful words about gays on a cake for a customer, stands inside her own Azucar Bakery, in Denver, on Jan. 20, 2015.
Ivan Moreno—AP
By Nolan Feeney

A Colorado government agency has ruled that a baker who refused to make cakes featuring anti-gay messages did not discriminate against the man who requested them.

Last year, William Jack asked Denver’s Azucar Bakery for two bible-shaped cakes featuring images of groomsmen crossed out with a red “X” and phrases like “Homosexuality is a detestable sin. Leviticus 18.2,” local ABC station NEWS7 Denver reports. The bakery’s owner, Marjorie Silva, told Jack she would make the bible-shaped cakes and provide icing for him to add his own message, but she wouldn’t apply such “hateful and offensive” messages because her bakery “does not discriminate.”

Jack complained to the Colorado Civil Rights Division, accusing Silva of denying him goods or services based on his religion. But the agency recently ruled that Silva’s refusal to make the cakes was motivated by the “derogatory language and imagery,” and not because of religious discrimination. “In the same manner [she] would not accept [an order from] anyone wanting to make a discriminatory cake against Christians, [she] will not make one that discriminates against gays,” the ruling stated. Last year, the agency ruled that another bakery in the state could not refuse a gay couple’s request for a wedding cake.

Silva, who is Catholic and whose bakery in the past has made cakes for Christian holidays that featured religious imagery, said she was pleased to learn she was “not [only] morally right but also legally right.”

Jack told 7NEWS that he plans to appeal the decision. “I find it offensive that the Colorado Civil Rights Division considers the baker’s claims that Bible verses were discriminatory as the reason for denying my claim,” he said. 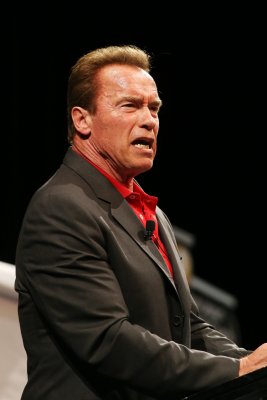 Arnold Schwarzenegger 'Furious' About Indiana Law
Next Up: Editor's Pick