What It's Like To Be in a Long-Distance Marriage

My husband, Gabe, and I probably have what many of our friends would call a really solid marriage.

We’re never afraid to talk about what we’re really feeling; we complement each other in all the right ways; and we’ve gone through some really tough times only to come out on the other side stronger and better equipped for the roller-coaster ride of lifelong partnership. So when I accepted a job out of state, we were both convinced that if any couple could deal with the unique challenges, it was us.

I had always wanted to work with books, ever since I was a little kid. When I began to gain experience in publishing, I knew it was the right direction for me. I had been told repeatedly that my chances of gaining employment were higher if I moved from Northern California to the East Coast, and it was an idea I had resisted for years. But misery at my current job and lack of future prospects stirred the curiosity in me.

I asked Gabe what he thought about me looking for jobs out of state, just to see if I was qualified, and he was immediately supportive.

“You should apply. See what happens,” he said. So I put my resume out to every position that piqued my interest, no matter where it was located. Out of more than two dozen applications, only one publisher called for an interview. They offered me a job as an assistant production editor. The job was all the way in Albany, New York, three thousand miles away from where I had lived my entire life, in Oakland. I was over the moon, and completely conflicted.

I called Gabe immediately. His first reaction was that I needed to take the job, that it was a great opportunity, and that it was something I really wanted. I took a weekend to weigh my options and run a budget. I talked the decision to death with Gabe, who wasn’t prepared to move with me yet, but encouraged me nonetheless.

What if I just gave it a year to see how I liked it first? He kept reminding me it was an adventure, and that our being apart was only temporary. We both thought I’d gain experience and then try to find something back home. So three months later, I drove cross-country with my bulldog and a few possessions in the back of a four-wheel CRV to Albany.

The first four months were the hardest. I wasn’t homesick—in fact, I immediately loved upstate New York. It’s beautiful, historic, steeped with culture, and within hours of other great East Coast cities and states. The people are excessively friendly.

I have made some amazing friends, and I couldn’t be at a better job working with a better group of people. What I did miss was having my best friend and partner to come home to every night, to wake up next to in the morning.

For the first time in my life I was living alone in a place where I knew no one and nothing. Although I was grateful for the opportunity, I cried everywhere — in the park, at the vet, in the bathroom at work, on the phone at 1 a.m. It was a huge transition.

At first, we called each other almost every day or we were regularly in the middle of a text message conversation. Email, Gchat, text, and Facebook have made it relatively easy to keep track of each other’s comings, goings, events, etc., but have never made up for the lack of physical contact.

Even though we have had an open marriage since before we said, “I do” (I personally associate with polyamory and have a steady love in NY), I missed his suffocating bear hugs, our unique interactions via Post-it on the bathroom mirror, the way he would impersonate Rick Flair randomly in the kitchen. He would post videos to my Facebook wall of all the silly movie sayings and Saturday Night Live episodes we liked to repeat. We would send each other daily videos and pictures of our respective bulldogs doing random or mundane things. Many dirty pictures passed to and fro.

Eventually, things began to settle and we eased into a long-distance life of checking in every few days. I flew home a couple times a year, and he would fly out on our anniversary. Once, we met in Seattle during a book conference, and we remarked at how interesting our lives were—we were “jet setters,” living bi-coastal, like rock stars. The reality was that the costs of those trips were exorbitant, and it only gave us the ability to see each other about three times a year, if he could get a cheap stand-by flight, or my parents paid for half my ticket home and I put the rest on my credit card.

I never saw him for more than a few days. And forget visiting on holidays—the cost of a flight from one coast to another exceeded a grand. When I did visit, we were always running from one place to another, eating, or sleeping. It was never a vacation, I was always exhausted, and I never felt as though I had enough time with him.

Other things about me changed. Living apart made knowing his daily habits impossible so practicing things I was previously great at, like empathy, became challenging. I imagined him partying instead of taking care of the dog, or forgetting overdue bills because he slept all day, or ignoring household chores by playing video games.

What I didn’t realize was that he was cleaning out the garage or going to class, and that money was so tight he was eating off the same plate over and over and not doing laundry to conserve utility costs.

I also began to forget what it was about him I loved and needed. So much of our life together became about the tangible—money, bills, work, dogs—that the sentimental took a back seat. I forgot how hard he could make me laugh, or how easily he squashed my anxiety. His consideration, thoughtfulness, and endless positivity were things that, because they weren’t present daily, I overlooked. I knew if the distance continued, time would erase my truth about him, what was important.

Less than a year passed before I proposed he move or we consider separating. We both tried to be rational. I was a New York convert; he loved California. We both loved each other, but I couldn’t stand the idea of being married and not being together. What was the point?

I wanted a partner to commiserate with every day, and I knew he wanted that, too. What we were doing was not fair to our relationship, and expecting it to go on was unrealistic. I also knew that asking him to move for me was no small thing—he would be giving up his entire life in favor of mine, in favor of this career, which was something I had wanted my entire life. I knew if I moved home, I would inevitably resent him, but if he moved to be with me, would he do the same?

We went back and forth about it for months, and I questioned my selfishness, wondering if I should give up everything I worked for and go back to California, but he rejected that immediately. He repeatedly told me he didn’t have lofty career ambitions like I did, that he could work anywhere, make new friends.

When people asked he said, “Jenn has found herself in New York and has become the person she wanted to be, and I could never take that away from her.” But in the back of my mind, I will always know he gave up a place he loved, friends he cared about, and hobbies he enjoyed in yearlong temperate weather.

I’ve been here for two years and he is finally moving in June. With the amount we hope to make on the sale of our California home, we can buy something triple the size in New York. I can afford almost all of our bills here on my paycheck, allowing him the freedom to find something he might like to do for work and not something he has to do.

I hope every day that he learns to appreciate seasons, and comes to adore the unique charm of upstate. In return, I will be grateful for him, and I will never forget the sacrifices he’s making to be together. 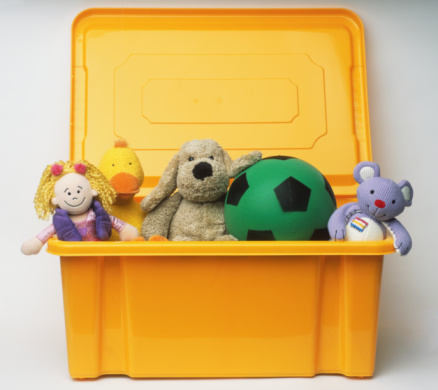 The Government's Role in Supporting Families 2.0
Next Up: Editor's Pick