Student: How UVA Is Moving on From the Rolling Stone Disaster

I began reading the Columbia University review of the Rolling Stone article “A Rape on Campus” with an open mind, hoping that it would finally bring the University of Virginia community and myself some much-needed closure after the devastating pain the article has caused. I was in the story. I had spoken to Sabrina Erdely, the story’s writer, about my own assault, informal trial process through the university, and my work as an advocate for sexual assault prevention and education; I spoke to the Columbia team in hopes of providing a glimpse of what went wrong with Rolling Stone’s reporting. When the report was issued, I expected to read a thorough apology and retraction from the magazine.

Instead, I became even more frustrated by what effect this whole incident might have on efforts to educate the public about sexual assault on college campuses. I was again reminded of the gross misrepresentation of the nature of sexual assault on campus that the article perpetuated and of the subsequently misinformed reform efforts proposed as a result. There were calls to end the Greek system, for campus carry laws to be passed so that victims could defend themselves with firearms, and for the end of the university adjudication processes — all based on this sensationalized and botched article.

Erdely had the opportunity and platform to paint a realistic picture of sexual assault. She could have captured the range of victim experiences. Yet the story’s headline “A Rape on Campus” was a red flag: It’s a mistake to use a singular, limiting version of rape to represent all incidents on college campuses. There are a variety of experiences that, although they may be different, are all legitimately crimes of rape and need to be treated as such.

Furthermore, a fact-based article would have described a much less hostile environment for survivors at UVA. While some survivors can be met with disbelief, from my experience as a student and a survivor of sexual assault, friends typically do not intentionally slut-shame or deter the survivor from seeking help, and administrators do not attempt to sweep rape under the rug. They give survivors resources and support them in an effort to care for their mental, emotional, and physical health before taking the next steps of deciding how to adjudicate the assault.

My greatest fear about the repercussions of this article is that someone who has been assaulted might have read the Rolling Stone article and believed that their peers would not support them and that the administration would do nothing about it, and so they might suffer in silence instead of coming forward and getting the resources they need. I fear that friends may start to interrogate stories of assault and ask questions that are better left to formal investigators. I fear an environment in which all of our conversations are based on the fallout of a sensational story and the horrid journalism of the Rolling Stone article instead of how we can fix the very real issue of sexual assault on campuses.

That being said, I hope these fears will not come to fruition, and I have evidence that my anxiety about this article could be misplaced. What I have seen in the past months are students who have been over-saturated with this issue and the media attention, but who are still willing to prove that UVA does not tolerate rape. I have seen students who passed through our campus’s Green Dot bystander intervention launch event last month. I have seen friends at parties and at bars checking in on one another. Above all, I have seen genuine efforts by students to learn more about sexual assault and how they can help prevent it from happening.

There is no doubt that the University of Virginia has suffered this year. I am regularly asked how I can consider this place my home, being a survivor myself at a campus now perceived to tolerate rape and sexual assault. But these questions expose a misunderstanding of what it means to be a Wahoo. We are a community that has been painfully and abruptly given the opportunity to lead the nation in a productive conversation about these issues. And we’ll do just that. 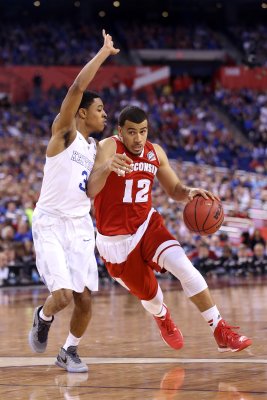 How March Madness Showed Streaming TV Isn’t Perfect Yet
Next Up: Editor's Pick