An Air India pilot and co-pilot engaged in a fierce quarrel in the cockpit just before taking off on a flight Sunday from the western Indian city of Jaipur to the country’s capital Delhi, reports the Times of India, citing unnamed airline sources.

The newspaper’s sources say the quarrel erupted over pre-flight procedures and allege that the two men came to actual blows.

The airline denies that there was any physical violence. “There was an argument between the two and nothing more,” an Air India spokesman told the Times. “They have settled the issue.”

Although standard procedure dictates that the senior pilot of flight AI 611 should have informed the airline about the incident immediately, he reportedly did not do so because it would have led to the flight’s cancellation, the Times says. Instead, he filed a log entry with the airline after landing in Delhi.

The Times subsequently reported that both pilots had been suspended over the incident. “Both the pilots have been derostered,” airline spokesman G P Rao told the paper. “An inquiry has been ordered into this.”

The mental health of airline pilots has been under intense scrutiny after the suicidal Germanwings pilot Andreas Lubitz crashed an airplane into the French Alps on Mar. 24, killing all 150 people on board. 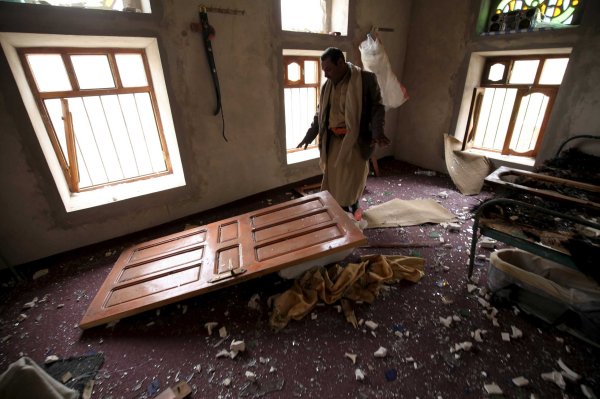 Crisis in Yemen Intensifies as Houthi Fighters Push Deeper
Next Up: Editor's Pick