Rihanna performed “American Oxygen” for the first time in full at Saturday’s March Madness Music Fest in Indianapolis—and hours later, she premiered the track on Tidal.

The track isn’t exactly a club banger, but rather a slower, soulful take on living in America. It’s so far only been heard in snippets in promos for March Madness, which combine images of Rihanna in front of an American flag with footage from the court. 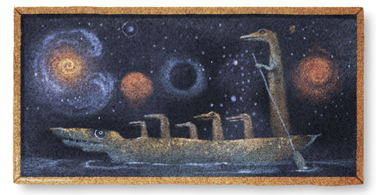