Governor Jerry Brown defended his state’s new mandatory water restrictions on Sunday as critics claim they largely spare some farms that consume much of California’s water.

The state’s farms account for 80% of its water consumption but only 2% of its economy, according to the think tank Public Policy Institute of California. But Brown asserted in an ABC News interview taking water away from farmers could create a number of problems, including displacing hundreds of thousands of people and cutting off a region that provides a significant fraction of the country’s food supply.

“They’re not watering their lawn or taking long showers,” he said. “They’re providing most of the fruits and vegetables of America and a significant part of the world.”

At the end of the interview, the Democratic governor reiterated a broad warning after four years of drought. “I can tell you from California, climate change is not a hoax,” he said. “We’re dealing with it, and it’s damn serious.”

Read next: California’s Water Crisis by the Numbers 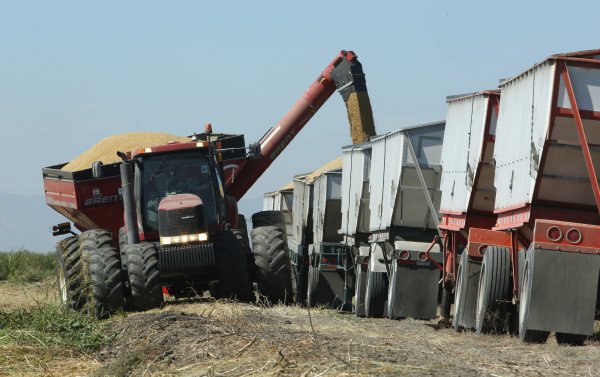 California's Water Crisis By the Numbers
Next Up: Editor's Pick