William S. Cohen: President Obama Has Put Republicans and Our Allies in a Box

With President Obama’s announcement that America and its allies had “reached a historic understanding with Iran” on its nuclear-weapons program, the debate has now begun: Does the President’s nuclear deal represent promise or peril? Is it President Obama’s legacy or simply an illusion?

For the answer, we need to look at both the substance and the optics of the proposed agreement.

In terms of substance, many critical details are still unclear. A great deal of work remains to be done as negotiators spend the next three months to turn the framework the Administration announced into a final, comprehensive deal. As the President made clear in his Rose Garden statement, “nothing is agreed to until everything is agreed.”

For example, we still do not know what the sequence will be for the suspension of sanctions on Iran. Iran has been pressing to have sanctions relief front-loaded, but for the President to sell the deal to Congress and our allies in the Middle East, there must be an absolutely clear connection between the lifting of sanctions and specific actions the Iranians take to earn such relief over a period of years. The Iranians need to earn our trust. They had a secret nuclear program that they hid from the world for 17 years and have been enriching uranium to levels far beyond those needed for any legitimate civilian commercial purposes. Tehran must show that it is capable of making and sticking with specific commitments — and sanctions should come off gradually, as they prove themselves.

We also do not know how much transparency there will be into what the Iranians did in the past during the covert phase of their nuclear program — because understanding their past actions will be critical to the ability of inspectors to monitor their compliance going forward. And finally, we need to see that the verification system is robust and that it includes not only Iran’s nuclear facilities but also the full chain of production. The President said if “the verification and inspection mechanisms don’t meet the specifications of our nuclear and security experts, there will be no deal.” Those mechanisms must be defined with great specificity.

In terms of optics, if the final deal is anywhere close to satisfactory on these matters, and our European allies sign off, it will be very tough for congressional Republicans to kill it. If Congress, as opposed to Iranian intransigence, is seen as causing the deal to collapse, international sanctions on Iran will crumble. Most Europeans, who are champing at the bit to do business with Iran, will blame Congress for killing the agreement — and will lift their sanctions. The only sanctions left will be our own. If that happens, then Iran will have accomplished its objective — the collapse of the international sanctions regime — without having to make any nuclear concessions. They can continue to build as many centrifuges as they like, continue enriching uranium at high levels and reap the financial rewards — all while laying the blame at America’s feet.

What happens then? Either a military attack or an arms race in the Middle East. Americans appear to have no appetite for war with Iran, so there would be very little support here at home for a military option. Israel is unlikely to act entirely alone. That means proliferation in the Middle East, as Saudi Arabia, the United Arab Emirates and possibly Egypt would make secret arrangements to buy or build nuclear weapons to counter Iran. There is already a sense in the region that the U.S. is shifting its allegiance away from its traditional security partners. These nations will undoubtedly take security matters into their own hands. An enormous effort is required to shore up our own alliances in the area.

President Obama has put both congressional Republicans and our Middle Eastern allies in something of a box. Neither Congress, Israel or our Gulf allies can afford to be seen as killing the deal. The optics work in the President’s favor — but only if the substance of the deal that emerges is salable. If the President gets the substance right — if the suspension of sanctions is not front-loaded and there is transparency and intrusive inspections — he will have a legacy of which he can be justifiably proud. If not, he will have nothing more than an illusion … or worse. 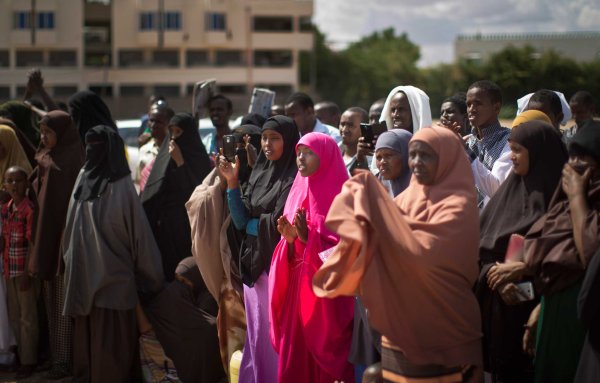 Former Ambassador: Look Beyond Garissa Attack to See Progress in Kenya
Next Up: Editor's Pick