Hayley Okines, who became known as the “100-year-old teenager” because of a rare genetic condition that made her age at eight times the normal rate, died Thursday in England. She was 17.

“My baby has gone somewhere better. She took her last breath in my arms at 9:39 p.m.,” Kerry wrote.

Hayley, from Bexhill in East Sussex, had recently been treated in the hospital for pneumonia but had returned home on the day she died, the BBC reports.

In her 2012 autobiography, Old Before My Time, Hayley described what it was like living with Hutchinson-Gilford progeria syndrome, which causes accelerated aging.

“The easiest way to explain it is it’s like my body is 100 years old when I am actually 14. But I don’t like it when people call me old, because I don’t feel like I am 100 years old,” she wrote.

At the time, she said she wasn’t worried about dying. “They said the Titanic wouldn’t sink but it did, so that proves experts can be wrong and I want to prove the doctors wrong,” she wrote.

Indeed, she lived years longer than many doctors expected after undergoing pioneering drug treatments in the U.S.

“Sometimes people ask me if I could have three wishes, would I wish I didn’t have progeria? And I say no,” Hayley wrote. “My life with progeria is full of happiness and good memories. Deep inside I am no different from anyone. We are all human.”

The Progeria Research Foundation posted a tribute to Hayley on its Facebook page.

“The entire Progeria family mourns together with many as we say goodbye to Hayley Okines, our smart, beautiful and spirited English Rose, who passed away today at age 17,” the post reads. “Gone from our sight, but never our memories, gone from our touch but never our hearts … We will miss you.” 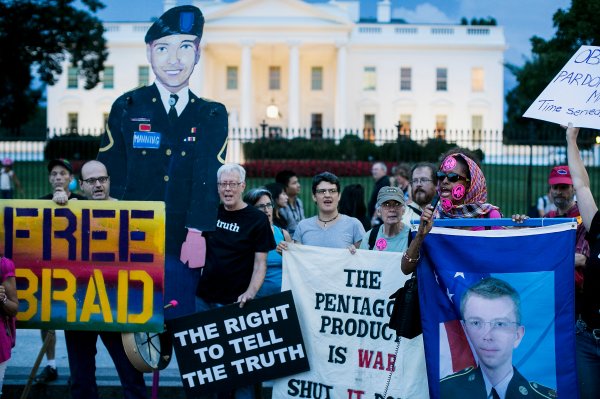 Chelsea Manning Starts Tweeting from Prison
Next Up: Editor's Pick