Jay Cutler of the Chicago Bears speaks to the media after the game against the Minnesota Vikings on Dec.28, 2014 at TCF Bank Stadium in Minneapolis, MN.
Hannah Foslien—Getty Images
By Noah Rayman

Not a single person bid on the white autographed ball auctioned on behalf of the Anti-Cruelty Society, the Chicago Tribune reports. But an unnamed buyer ultimately purchased the ball this week for $100 as a gift for his Bears fan son.

Sports blogs are seizing on the unsold ball as a symbol of the struggling quarterback’s declining status, though the Tribune notes that most of the items at the auction were not sports related and the attendees weren’t much of a “football crowd.” 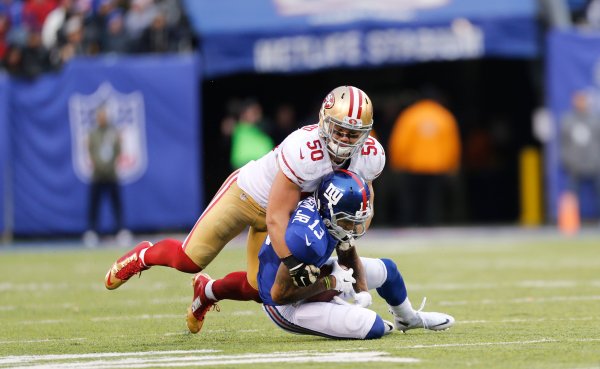 Chris Borland Is the New Model NFL Player
Next Up: Editor's Pick