Mourning Turns to Anger in Kenya After College Massacre

Hundreds joined a protest in the Kenyan town of Garissa against the Islamist group al-Shabaab on Friday, a day after the militants from neighboring Somalia stormed a nearby college campus and killed at least 147 people.

The assault has rocked the nation and also raised questions about security measures after multiple warnings of a potential terror attack were raised in the days prior.

“It’s because of laxity by the government that these things are happening. For something like this to happen when there are those rumors is unacceptable,” Mohamed Salat, a Somali Kenyan businessman, told Reuters.

The al-Shabaab terror group claimed responsibility for the attack, its latest in a series of assaults that it says are in retribution for Kenya’s participation in the African Union-led fight against the group in Somalia.

On Friday, President Barack Obama said he spoke with Kenyan President Uhuru Kenyatta and said he still plans to visit Kenya in July, a trip the White House announced earlier this week. 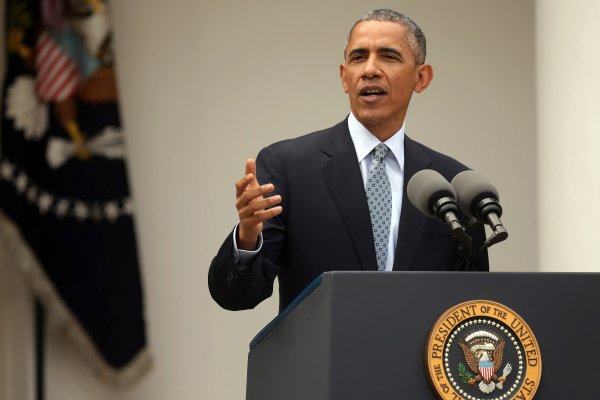 Here’s What You Need to Know About the Iran Deal
Next Up: Editor's Pick